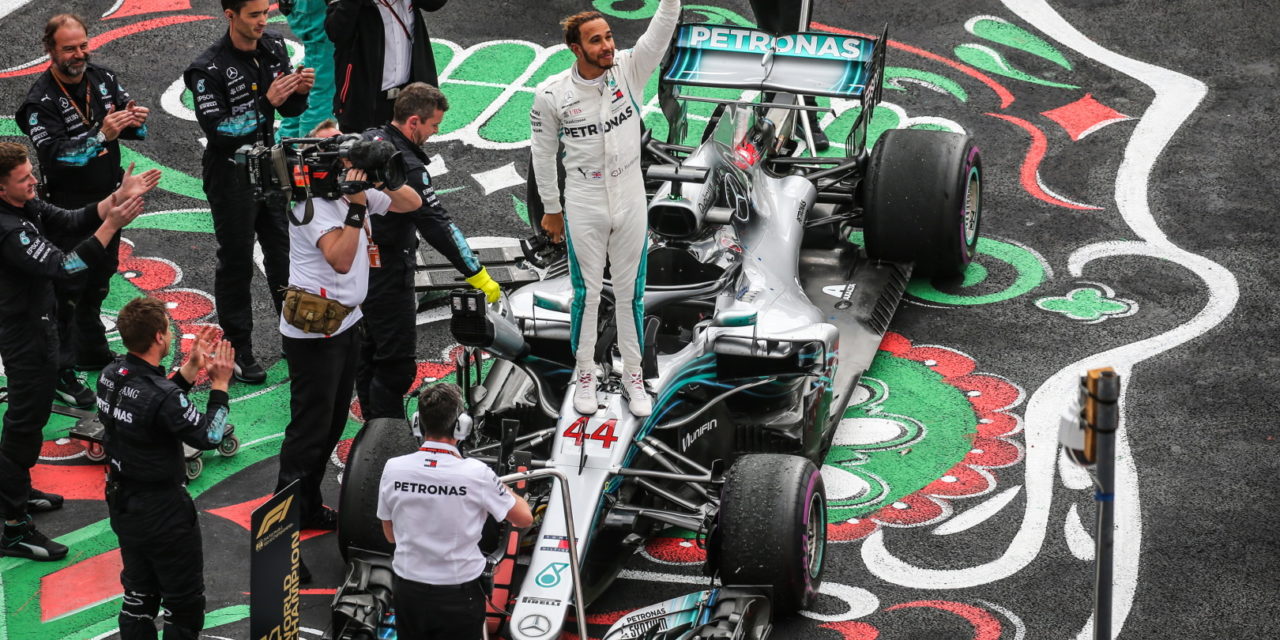 When Lewis Hamilton crossed the finish line yesterday to be crowned FIA Formula One World Champion for the fifth time in his career, not only the team at the race track in Mexico celebrated. Many Daimler employees in Germany and around the world had watched the race on TV, keeping their fingers crossed for their colleagues at the track. One of them was Dieter Zetsche, Chairman of the Board of Management of Daimler AG and Head of Mercedes-Benz Cars.

“This was one of the most epic race weekends I can recall,” said Dieter Zetsche. “It’s rare that one gets the opportunity to watch up close when athletes become legends and teams truly seal to become the absolute best in the world. That’s what just happened.”

Lewis Hamilton -Honestly, it’s very hard to realise it at the moment. It’s something I dreamed of, but I never in a million years thought I’d be standing here today a five-time World Champion. I never knew that was going to happen and I am just so grateful to everyone who has helped me be here. I want to say a big thank you to all the fans here for making the Mexican Grand Prix as special as it is. And I want to say a big thank you to my team. Bono said on the radio – the Championship wasn’t won here, it was won through a lot of hard work and through a lot of races.

So, I am so grateful for all the hard work back home, for PETRONAS, for all our partners and ultimately for Mercedes. I have been with Mercedes since I was 13, so to achieve the same thing Fangio had done with Mercedes so many years ago, is an incredible feeling and very surreal at the moment. The race itself today was pretty horrible. I got a great start and was really working my way up, but then we were really struggling with the tyres, both Valtteri and I. I was just trying to hold on and bring the car home. Honestly, I am just so grateful. To my family back home, I love you, thank you for all the support. I wouldn’t be here if it wasn’t for all the hard work my dad did and my family. This is a very humbling experience!

With his latest title, Lewis becomes one of only three drivers who have won five or more championships in Formula One, after Juan Manuel Fangio and Michael Schumacher. All three played an important role in the racing history of Mercedes-Benz. Fangio’s name is almost synonymous with the historic era of success for the Silver Arrows in the 1950s. In 2010, seven-time world champion Michael Schumacher came back from retirement to race for Mercedes, providing invaluable experience to the team. When he decided to retire three years later, Lewis took over his seat at Mercedes-AMG Petronas Motorsport and has since won four drivers’ championships and four constructors’ championships with the team. 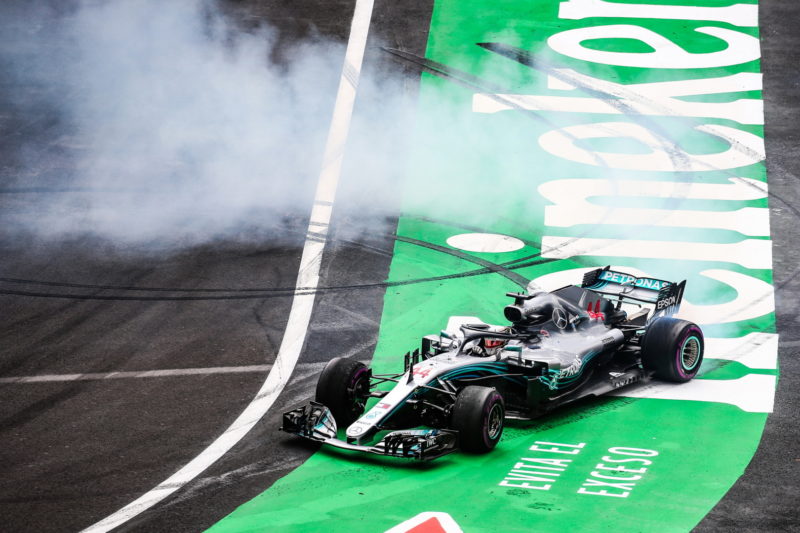 “With this result, Lewis punched his well-deserved ticket to join that super exclusive club of just three drivers who’ve won five or more Formula One titles. I feel extremely fortunate to have had the opportunity to meet and work with all three of them at Mercedes-Benz. Each of those drivers dominated an era in motorsport – in his own way. Each is a very special personality and great athlete.”

Lewis has long been one of the most successful drivers in Formula One. He has scored more pole positions than any other F1 driver and he is second on the all-time list of race wins, behind only Michael Schumacher. Lewis also holds the record for most races with a single engine manufacturer, having started every single one of his 226 Formula One Grands Prix with a Mercedes-Benz engine.

“With Lewis joining our team the most recent era of Mercedes success in motorsport began – now crowned by five drivers’ world championships in a row for the team, four of them with Lewis. Even as the success grew, Lewis never stopped pushing himself to get even better. And so did the team, again and again. It’s incredible what they have achieved and how far they have come thanks to tremendous passion, hard work and a lot of outstanding expertise.”