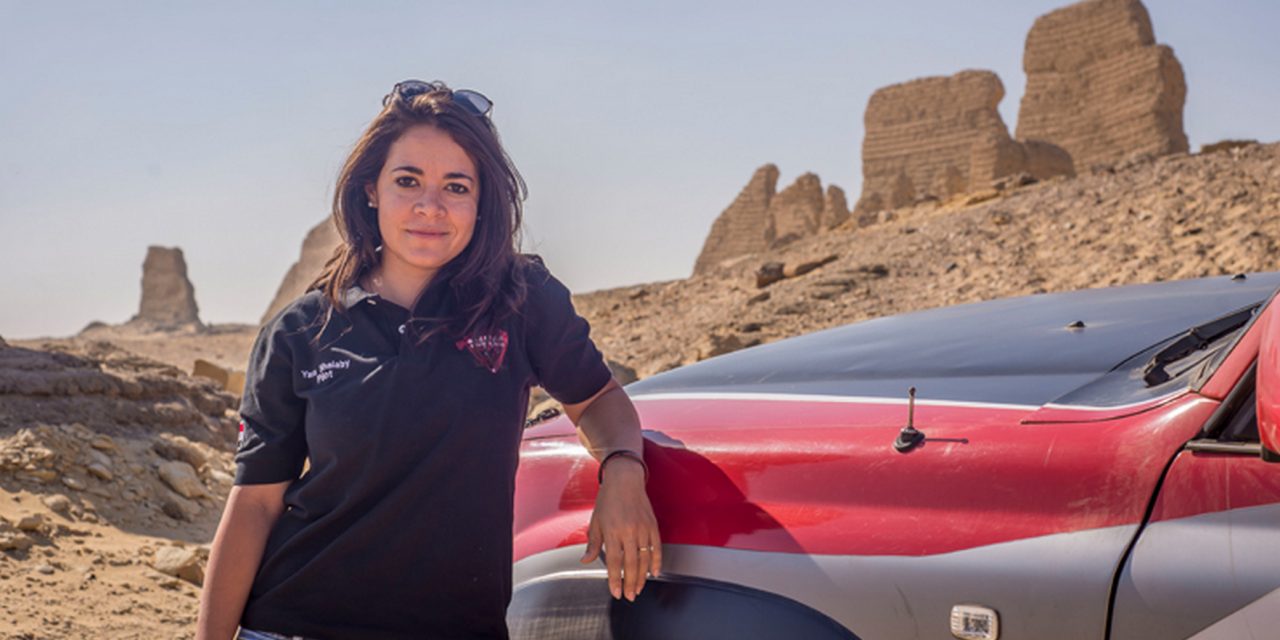 AMMAN (JORDAN): An-all female team from Egypt will be challenging for honours in the forthcoming Jordan Baja, the Hashemite Kingdom’s first international cross-country rally since 1990. The three-day off-road event takes place in the stunning Wadi Rum area on September 27-29.

The Gazelle Rally Team’s Yara Shalaby and Nouran Ashry have entered in the car category and will line up against a strong field of Arab drivers for Jordan Motorsport’s exciting new footsteps into off-road rallying.

Egypt’s leading female rally driver is a mother, a banking IT specialist and has previously taken part in the Pharaons International Cross-Country Rally, the El-Gouna Rally Cup, El-Remel Desert Challenge Rally and the Al-Farouky Desert Challenge.

“It is not easy being an all-female crew in this sport,” said Shalaby. “You need a co-pilot who knows how to navigate in the desert and also a specific mechanic, who has to be equipped with spare parts and knowledge to solve any problems.”

The Egyptian star will be arriving in Aqaba by a very different means of transport to her rallying counterparts. Yara intends to make the Red Sea crossing from Taba to Aqaba by kayak on September 25, before making her final preparations for the Jordan Baja the following day.

In 2017, Shalaby led a team of kayakers across the Gulf of Aqaba from Sinai to Jordan and back – a distance of 42 kilometres – for the second time, having made the journey in 2015 as part of the Cairo Nile Kayak Club. A one-way crossing takes in the region of eight hours but the hazardous passage can be hampered by swirling currents and strong winds. Amongst the competition the ladies face in the stunning Wadi Rum area of southern Jordan will be the local crew of Salameh Al-Gammaz and his navigator Yousef Juma.

Both are regular competitors in special stage rallies in the Dead Sea area and Al-Gammaz won the Jordan National Rally that was held in conjunction with the opening round of the FIA Middle East Rally Championship (MERC) back in April. His co-driver finished sixth in the main MERC event with driver Ihab Al-Shorafi.

Entries are also filtering in from neighbouring Saudi Arabia and, fresh on the back of an entry for ED Racing’s Essa Al-Dossari, is a car for Ahmad and Eid Al-Shammeri. They live in the north of the country close to the town of Ha’il that hosts Saudi Arabia’s premier off-road event each year.

The new Jordan Baja also features a category for motorcycles and quads. Middle East rallying regular Ata Al-Hmoud has switched from the car category and wheels out a Beta 390, while Bader Abdel Jawad (Kawasaki KLR 650) and Hamza Zawahreh (Kawasaki KX450) are early entries on two wheels.

The final cut-off for entries will be this Tuesday (September 11).

Last Saturday we had a wonderful 1st edition of the virtual 12H MONZA! 🏎️💨

In case you missed it, you can re-watch the full race now on our YouTube channel here: ow.ly/KKeS50zS9LZ

Did you enjoy the race? 😀

After watching his simracing clips... my Hope's wernt too high but hes proven himself to he one hell of a driver on track

This dude drove a car without power steering and a diff and still finish 5th in france. That's pure grit.

He's awesome and has done so well. He's made F1 fun again.

Well-worth the listen, I really enjoyed it!