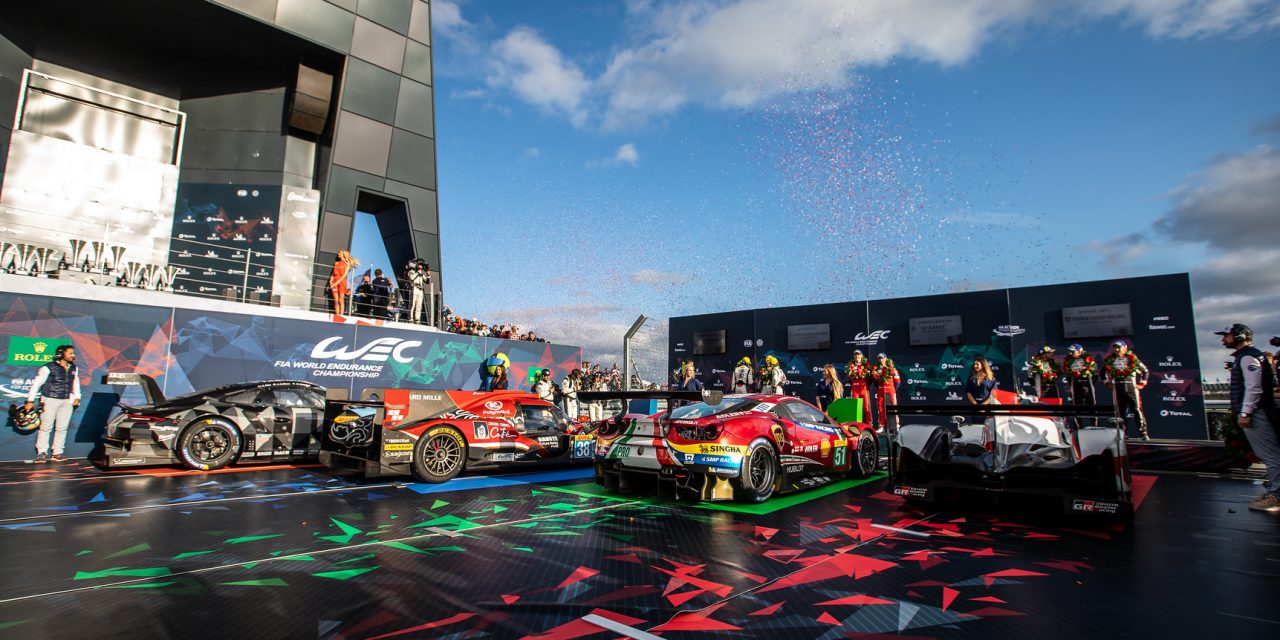 The LMGTE Pro category again saw a thrilling multi-manufacturer battle as reigning GT World Champions James Calado and Alessandro Pier Guidi took their first win of the Super Season in the No.51 AF Corse Ferrari 488 GTE Evo.  60,240 enthusiastic fans saw the action over the weekend at Silverstone as the world’s most spectacular sportscars put on another thrilling show.

Calado and Pier Guidi capitalised on a clever tyre and fuel saving strategy in the early phase of the race which allowed them to take control in the penultimate hour.

Taking the runners-up position on the track was the No.91 Porsche 911 RSR driven by Gianmaria Bruni and Richard Lietz. The pair fought back from a difficult qualifying session yesterday to cut through the field.  However, following post-race technical checks the No.91 Porsche was disqualified due to failing the minimum ground clearance measurement test.

Aston Martin Racing therefore finished the LMGTE Pro race in fourth position with the new model Vantage of Alex Lynn and Maxime Martin after a much stronger performance in this third round of the FIA WEC.

BMW Team MTEK took more points in its first WEC season as Martin Tomczyk and Nicky Catsburg came in fifth.  Problems struck the pole sitting Ford GT of Olivier Pla and Stefan Mücke as they finished sixth after being forced to replace a door during a pit stop. LMGTE Am saw a second consecutive victory for the No.77 Dempsey-Proton Racing Porsche 911 RSR as Christian Ried, Julien Andlauer and Matt Campbell sealed the maximum points.

The trio celebrated another win after making the most of misfortune suffered by early leaders TF Sport Aston Martin and Team Project 1 Porsche which were both penalised for wrongly entering the pitlane before it officially opened during the Safety Car procedure.