Le Mans: Nakajima claims pole for #8 Toyota with Alonso and Buemi with Porsche 1-2 in LMGTE 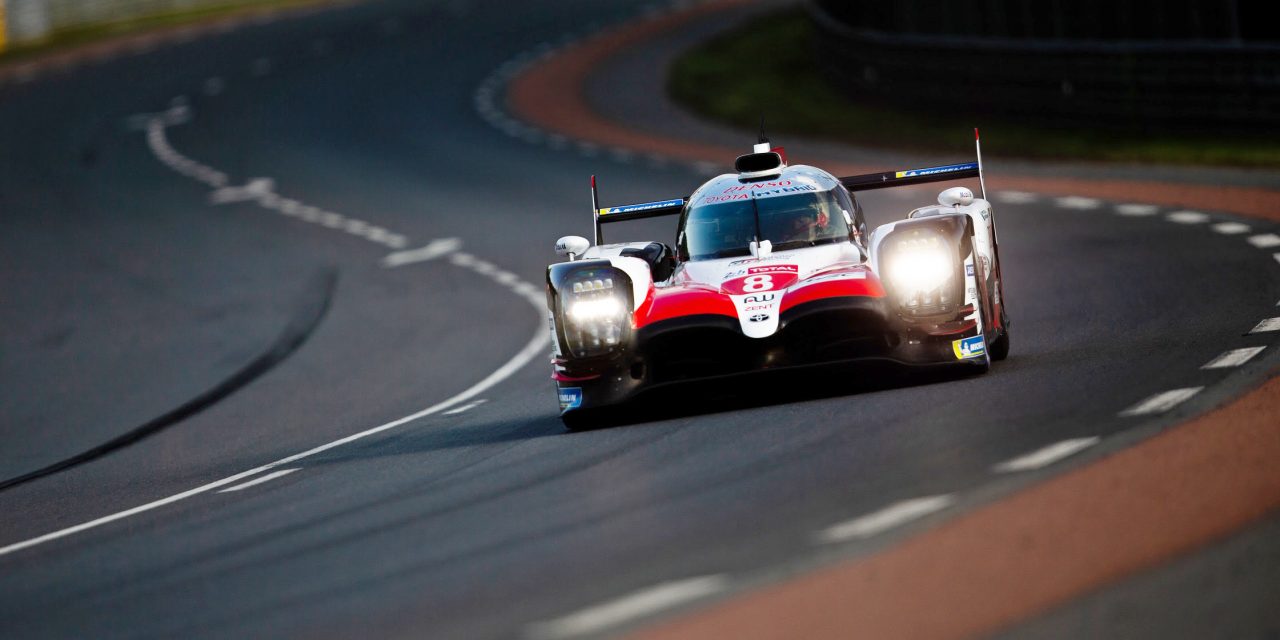 In a heavily interrupted final qualifying session for this weekend’s 24 Hours of Le Mans, Kazuki Nakajima claimed pole position for the No.8 Toyota Gazoo Racing entry he will share with Fernando Alonso and Sébastien Buemi with a time of 3:15.377.

The Japanese driver was one of a few to make an improvement since yesterday, and he finished the second a full two seconds ahead of the sister TS050 HYBRID to make it a Toyota 1-2 on the starting grid for the second round of the WEC Super Season.

Kazuki Nakajima:  “I was more or less at the maximum on that lap, I had no traffic so I cannot complain too much.  It was much better than yesterday when I didn’t feel as good grip as today. The lap time was not as good as I expected but I have to be happy with it.  More importantly I had a really good balance for the race trim and we are ready for the race.”

The third session was extended by 30 minutes to balance a red-flag-shortened early evening qualifying and, although it started in the dry, rain began to fall over the track towards the chequered flag.

Rebellion Racing claimed third place with the No.1 Rebellion R13-Gibson of Bruno Senna (3:19.449).  Just four hundredths of a second behind the second Swiss car was the No.17 SMP Racing BR Engineering BR1-AER.  Thomas Laurent in the No.3 Rebellion actually set a faster time but was one of several drivers to have his times deleted for pit infringements.

The 60 entrants won’t be on track Friday, but drivers will take part in the traditional and very popular Grand Parade from 17h00 onwards.

At the track, the official ACO Press Conference will take place at the Welcome at 10h30 to announce the future regulations for endurance racing for 2020-2024. Porsche seal the double in LMGTE for Le Mans
In the LMGTE Pro battle it will be Porsche on pole position after Gimmi Bruni’s 3:47.504 lap, set yesterday, wasn’t bettered today.

The No.91 Porsche GT Team 911 RSR thus secured the top spot in the world championship class, nearly 1.6 seconds ahead of the sister No.92 Porsche with Michael Christensen posting the fastest lap.

Gianmaria Bruni – No.91 Porsche GT Team Porsche 911 RSR (LMGTE Pro Pole Position)
“It is something very good, I think yesterday was a really good lap, I was able to put it all together.  I had a bit of a slipstream from another car which helped.  The car was well balanced and I tried to go faster on the next lap but it didn’t work and I spun over the gravel. But better yesterday than today or Saturday.  It is 70 years of Porsche with this special livery which we have talked a lot about this week and it feels so good to be working with this special family.”

The No.66 Ford GT will start in third place with a lap of 3:49.181, three tenths ahead of the reigning world champions Ferrari.

The LMGTE Am battle once again saw Porsche see off the challenge to take the top three places in the class.

Matteo Cairoli was confirmed as the fastest driver to secure the class pole with a 3:50.728 lap in the No.88 Dempsey-Proton Porsche, six tenths ahead of Ben Barker in the No.86 Gulf Racing 911, with the No.77 Dempsey-Proton Racing Porsche in third.  The No.54 Spirit of Race Ferrari of Giancarlo Fisichella was fourth fastest, 1.2 seconds behind the pole position car.

Matteo Cairoli – no88 Dempsey–Proton Racing Porsche 911 RSR (LMGTE Am Pole position)
“It is something special to be on pole position at Le Mans, it is really amazing. I’m really proud of the team, they did an amazing job.  I’m a little bit disappointed about the last session, I had a spin in Mulsanne. Luckily everything was fine.  We are pretty confidant for the race and I just can’t wait to start the race.”