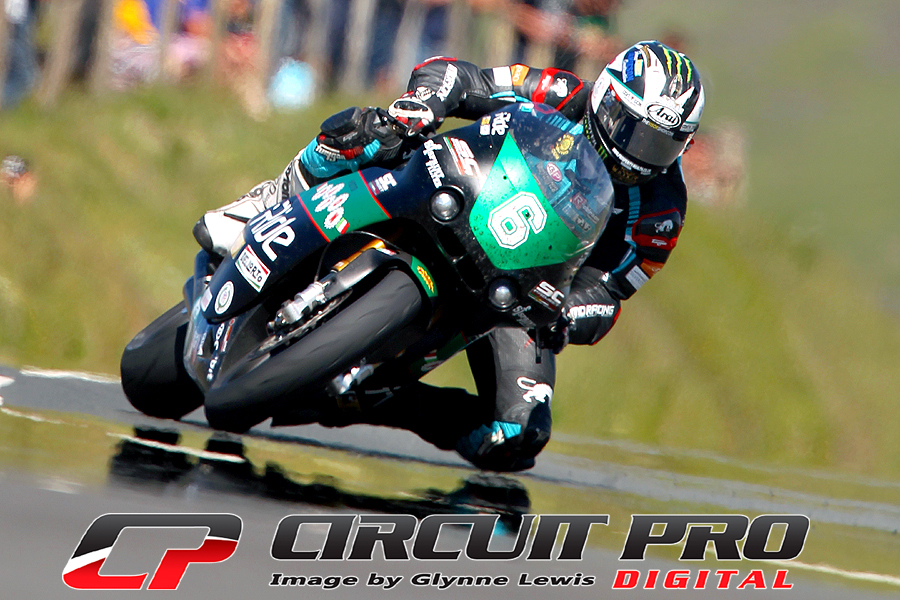 Michael Dunlop took a record breaking win in the Bennetts Lightweight TT on Wednesday afternoon with the Paton rider smashing both the lap and race records on his way to an 18th TT win at the 2018 Isle of Man TT Races.

Despite a relatively steady start, Dunlop took advantage of early leader Ivan Lintin’s demise on lap two and with a new lap record of 122.750mph he came home 14.6 seconds clear of Derek McGee and Michael Rutter beating the old race record by one minute 14.292 seconds, Derek McGee claiming his first ever TT podium with his fantastic finish.

On lap two Lintin still led at Glen Helen by six seconds but Dunlop had got back up into second with McGee now a second back in third and coming into the pits at the end of the second lap, which is the half race distance, there was drama as it was Dunlop who led with another new lap record of 122.257mph. Lintin retired at Bedstead and that promoted McGee up to second, only four seconds behind Dunlop, with Cowton now third.

Rutter was up to fourth but he was coming under pressure from Peter Hickman and Bonetti as just 0.3s covered the trio. There was another change after the pit stop with McGee’s team doing a great job on the fuel and he led Dunlop by 3.1s at Glen Helen on lap three. There were changes further back too with Cowton going out at Crosby and Hickman made it two KMR Kawasaki’s in the top three as he overhauled Rutter.

Dunlop called on all his extra experience around the Mountain Course though and going into the fourth and final lap and as he overhauled McGee so the Ulsterman wasn’t to be denied as he came home for his 18th TT win and third of the week. McGee was delighted with his maiden TT rostrum but his team-mate Hickman went out at Union Mills on the final lap and that promoted Rutter up to third for his 17th TT podium. With Bonetti finishing fourth and Thompson in fifth, four Patons finished in the top five. Michael Rutter rounding off the podium places in third

Speaking after the race Michael said “The rest of the boys in the race ride their Twins all the time whereas I don’t and the Paton is a very different bike to what I’ve ridden in the past,” I had a few problems mid-race when the fuel cap came off and when I saw ‘P2’ and ‘P3’ on my pit boards, I knew it was time to up my game.”

“The plan was always to push in the second half of the race and I needed to be sensible in the first two laps as I know the Twins can be temperamental. Derek was riding a great race but when I saw ‘P1, +5’ at the Gooseneck on the last lap, I pushed on over the Mountain. People said I couldn’t ride a Twin and that I’d break the bike so it’s good to prove them wrong and add the Lightweight class to my collection of wins.”

I stopped watching cartoons when I was a child