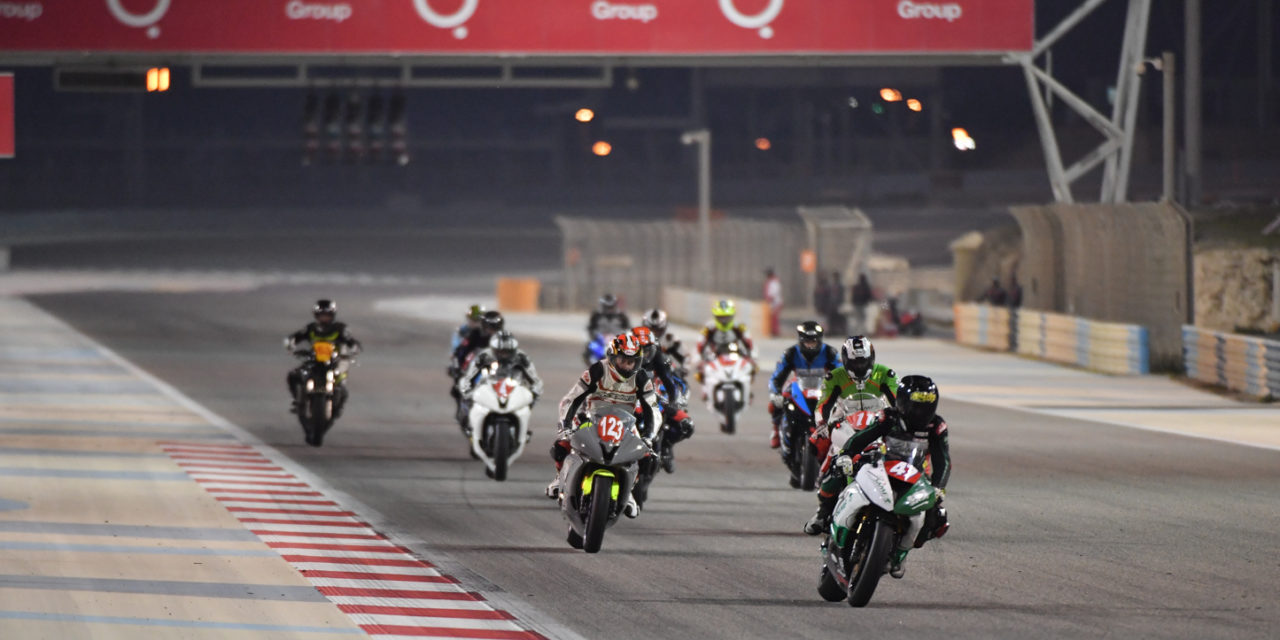 All the action will be held along BIC’s 5.412-kilometre Grand Prix track.

Two GT3 Cup races are scheduled to take place over the weekend, with one race on each day. However, for the three other series, all the action will be held on Friday.

The first 12-lap race of the GT3 Cup is then scheduled to get underway at 5.02pm. The BSSP’s lone race of the weekend follows at 5.42pm.

The podium ceremony will cap the day’s events at around 8.45pm.

On Saturday, the GT3 Cup practice kicks things off at 11am, followed at 1pm by qualifying. The lone race of the day and the GT3 Cup’s second of the weekend takes place at 3.45pm. The podium ceremony is then scheduled to be held at 4.23pm.

All are welcome to attend the weekend’s events at BIC. Tickets cost BD2 for adults and BD1 for children on each day. They can be purchased at the gate.

For further information on National Race Day, visit bahraingp.com or call the BIC Hotline on +973-17-450000.