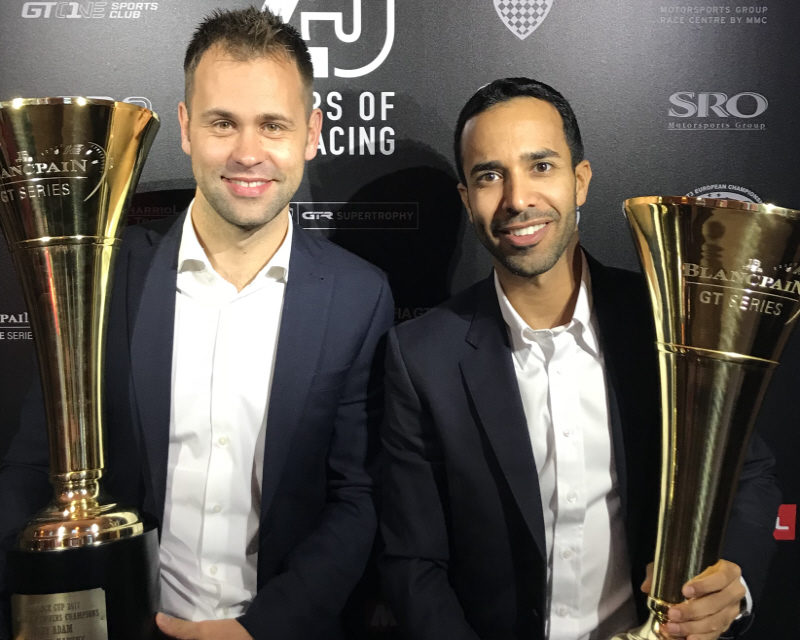 Capping off a truly incredible year in grand style, Al Harthy then had the immense privilege of being welcomed by the Oman Ambassador to France, His Excellency Dr Moosa Jaffer Hassan, to the Oman Embassy in Paris.

“What an amazing evening, an incredible awards ceremony and the absolute perfect end to Oman Racing’s best ever season”, said the Sultanate’s number one racing driver, “I have to thank everyone who made this possible, winning the Pro-Am championship is a huge achievement for us and also for sport in Oman as a whole.

“I am so honoured to have been welcomed by His Excellency Dr Moosa Jaffer Hassan to the Oman Embassy in Paris, it was such a proud moment for me and everyone associated with, and part of, Oman Racing.”

As well as the awards ceremony itself, Friday night’s occasion also marked a special celebration for the 25th anniversary of GT racing which tied in very neatly too with the 10th anniversary year of Oman Racing.

Following swiftly on from the Paris celebrations, Al Harthy headed home where he was received at Oman International Airport by His Excellency Rashad Al Hinai, Undersecretary of the Oman Ministry of Sports Affairs. Also welcoming their champion home were Al Harthy’s other key sponsors Oman Air, National Bank of Oman, Omantel, Barr Al Jissah and Amouage.

“It was so special to be welcomed home by all of my incredible sponsors and, of course, His Excellency Rashad Al Hinai when we touched back down in Oman”, said Al Harthy, “Oman Ministry of Sports Affairs has been such a key part of my career and I certainly wouldn’t be celebrating the success we have this year without its support. I am so thankful for all of the incredible backing Oman Racing receives, this championship is for everyone.”

Should have been given longer to prove but hay ho that’s the sport!

The Best that I have seen!!!

Hope you can become top contender👍🏻👍🏻