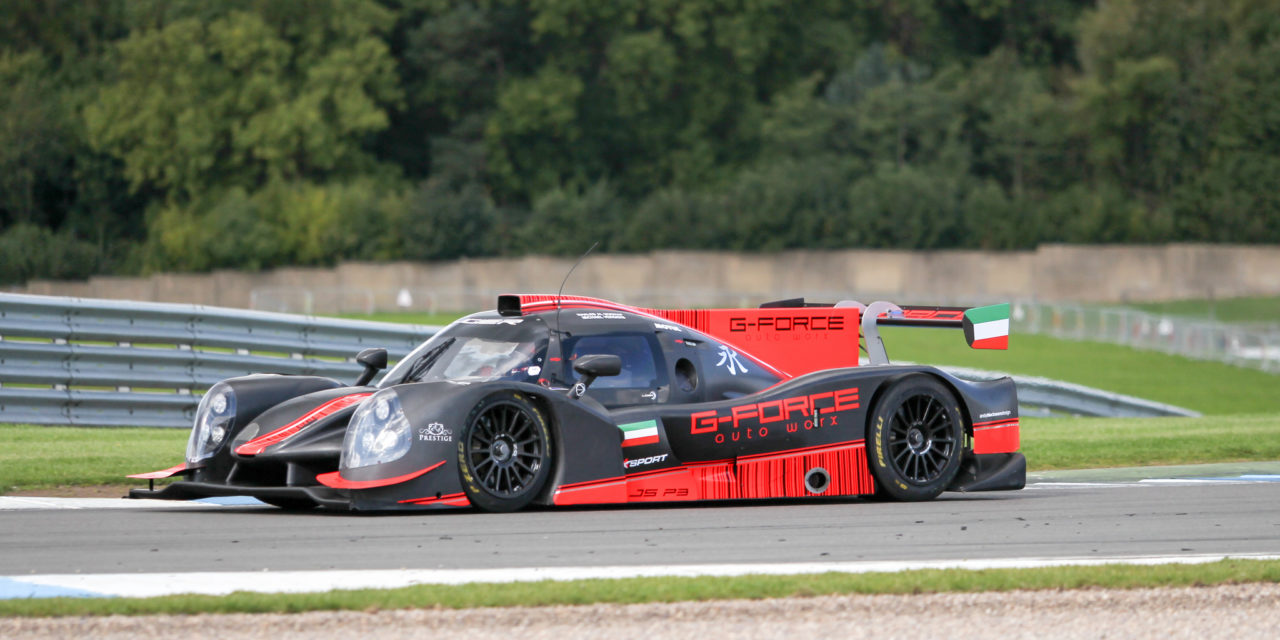 Khaled during race one at Donington Park

Kuwaiti Endurance specialist Khaled Al Mudhaf excelled on his debut in the LMP3 Cup at Donington Park, racing the #888 Ligier JS P3 / LMP3 for the final round of the Championship bringing the car home in 7th and 8th in both races.

Khaled joined local team Nielsen Racing teaming up with legendary driver and good friend Michael Vergers, who is famed for still holding the lap record at the Nürburgring in a Radical SR8.

Having previously raced in the LMP2 series cars Khaled is no stranger to Le Mans prototypes having raced the Ginetta P50 at Dubai Autodrome in January. However the LMP3 car was to be a new challenge, and without traction control or ABS in wet conditions would be a pure and thrilling experience.

The format for the races would be one hour in length with a mandatory pit stop at 30mins, also, the Bronze drivers are required to qualify the car and start both races, changing over to the pro drivers for the final stint.

Khaled started off free practice on Thursday in dry sunny conditions, getting to know the 420HP Ligier, with its Nissan NISMO V8 engine and the track layout. Qualifying and Race one on Saturday would see the driver pair start 7th on the grid for the 4:30pm start. The first few laps were a bit scrappy and the car took a few hits from various cars all jostling for position, Michael Vergers took over and continued good pace finally bring the car back in 7th place. Race two on Sunday, also at 4:30pm would be a wet race and tested the precision of both drivers. With visibility down to just a few meters and the standing water on track made it difficult to see, with most of the track being flooded. Michael Vergers stepped into the car with delight at the 30mins mark, revelling in the wet weather conditions. The race was red flagged 10mins before the end due to a big crash that damaged the armco.

“We didn’t have the fastest car out there and it took a bit of time to get a decent set up so we were a few seconds off the pace to start with”.

“It was my first time in the LMP3 car so I used the weekend to get familiar with the car and its set up. The first race was good we managed to keep the car honest, I got a few shunts but I was just trying to keep a clear run for the first 30 mins to hand over to Vergers in good shape to be honest so didn’t want to make any mistakes.”

“Race two was very wet, we had torrential rain through the whole race, visibility was down to only a few meters, inside the cockpit was steaming up too and with so much water coming into the car I couldn’t see much, the race got red flagged 10 minutes early due to a big crash, which was probably a good call for everyone as the rain was so bad”.

“I really want to thank the team at Nielsen Racing they did a fantastic professional job all weekend and the car was flawless and also to my team mate Michael Vergers for his great coaching and support”.