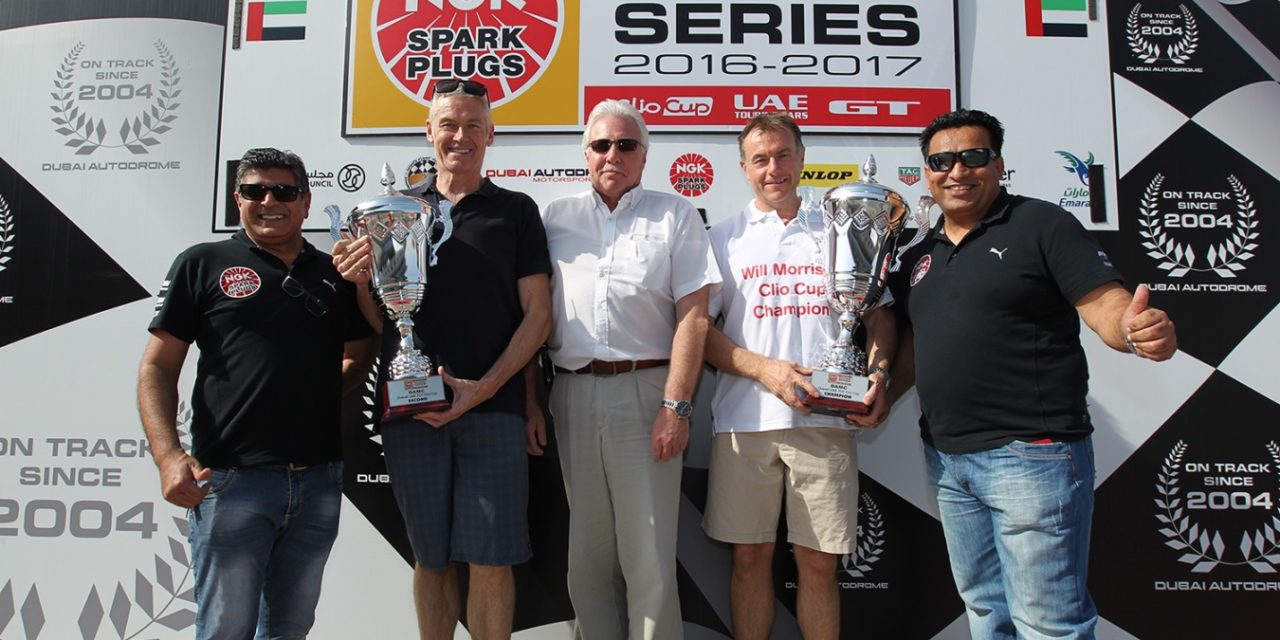 The penultimate round of the TRD 86 Cup featured alongside the conclusive rounds of the NGK Racing Series and the UAE Sportbike Championship for a full day of track action on the 3.56 kilometre National Circuit.

Highlighting a diverse mix of GT Class, Touring Car and other four wheel racing machines, the NGK Racing Series has become the perennial headliner for NRD weekends.  Following the final two races of the season, drivers Costas Papantonis, Ashan Silva and Will Morrison were all crowned champions.

Bringing his Seat Leon Super Copa, Costas Papantonis of Mouhritsa Racing had the Class One championship wrapped up before racing started.  He topped qualifying and went on to take two dominant class wins.  Marcel Kusin, driving a K& K Racing Team BMW 130i, tried to give chase on both occasions but Papantonis, demonstrating the pedigree of a multiple UAE champion, was too quick to catch.

The situation was not as certain in Class Two, but championship leader Ashan Silva was determined to make a clear statement.  The Sri Lankan powered his Honda Civic through qualifying and carved a path through a pack of Renault Clios for two convincing class victories.  Silva took home the Class Two championship crown, with Will Morisson securing second place and Peter England in third.

The closest racing was in the Clio Cup sub-category with Morrison and England battling it out for the championship.  Morrison managed to come out on top for both races and was rewarded with his first Renault Clio Cup title after five seasons of racing.  England took home second place silverware and last year’s champ, Alexandros Annivas of Mouhritsa Racing had to settle for third.

Afterwards Morrison said: “It’s all down to the team.  I get a very well-prepared car, which is more than half the battle. Overall it’s been an amazing experience.”

There was also plenty of action in the non-championship categories.  Dragon Racing teammates fought it out at the front of the grid with Leon Price’s Class Three Ferrari 458 GT3 getting the first overall race win, 9.373 seconds clear of the Class Four Ferrari 458 Challenge of Chris Frogatt.

Frogatt would retaliate in the second race, crossing the finish line 14.560 seconds ahead another Dragon Racing Ferrari 458 Challenge, driven by Tani Hanna. The race paddock was full of classic motorbikes on display and the race circuit was packed with two-wheeled warriors battling for titles.  At the end of the day, Mahmoud Tannir and Sunit Gonsalves were crowned as this season’s champs.

Tannir on his Honda CBR600RR was the favourite to bring home the Stock 600cc title, but the veteran Lebanese rider couldn’t take anything for granted, as Saudi rider Ahmed Almuyini, riding a Kawasaki ZX6R, would be ready to pounce if Tannir faltered.

Tannir started off well, getting by Ahmed in qualifying by 0.683 seconds with a best lap time of 1:31.859.  Then the two riders would struggle side by side in the first race, with Tannir powering to a narrow victory, just 0.244 seconds ahead of Almuyini.

The second contest was also in Tannir’s favour until a costly mistake of running wide on an overtake manoeuvre dropped his bike to the ground and forced him to retire, luckily without injury.  Almuyini went on to take the class victory by 0.808 seconds over Yamaha R6 rider Mohamad Alzaidan Maz.

Tannir said: “It was incredible.  We gave it our all, finished in first place and wrapped up the title. I’ve done everything I could this season.  I really wanted my third title and we worked hard with the team, with Honda, everybody, all of my sponsors and Monster Energy. I really want to thank everyone for their support, my family and friends, everybody.”

In the Rookie Cup 600cc Class, the competition was fierce right up to the final chequered flag.  Prior to the last round Brendan Zaaiman was riding a winning streak of four consecutive races and had done much to close down the gap on championship leader Sunit Gonsalves.

However, with the title on the line Gonsalves, racing a Yamaha R6, rose to the challenge and fought his way past Zaaiman and his Honda CBR600RR for two narrow class victories with less than second separating the two riders in both races combined.

In the non-championship 1000cc Class, Emirati rider Nasser Al Shaiba was king of the big bikes, bagging two category wins and one overall victory on the day on a BMW S1000RR.  Racing the same make, Fahad Al Gharbally was runner up in both races.

Gold Class driver and reigning champ Karim Al Azhari now has his second title all but wrapped up after a formidable display at the Dubai Autodrome.

Silver Class driver Hamdan Al Gheffri managed to get the better of Al Azhari in Race One by 1.593 seconds, but Al Azhari fought back in Race Two, scrapping his way past Gold Class driver Shibin Yousef by a mere 0.928 seconds to take victory.