Dubai: Final round of the Lamborghini Super Trofeo Middle East at Dubai Autodrome on March 3-4 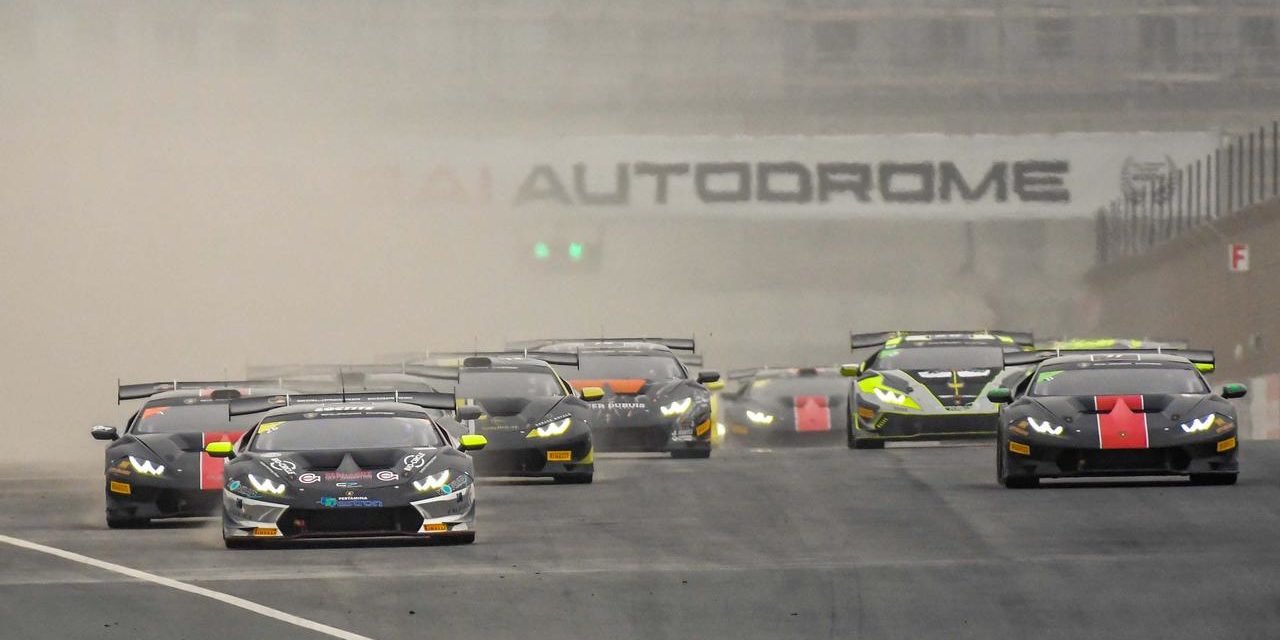 Dubai, February 28, 2017-The Lamborghini Super Trofeo Middle East will be back on track this weekend for the third and final round in the “Grand Prix” circuit of the Dubai Autodrome.

The new series for Lamborghini Huracán Super Trofeos, which are also protagonists of the three main continental series Europe, Asia and North America, is thus coming to its end. This championship results are absolutely uncertain, with all the titles still up for grabs in the various classes.

With three wins in a row, the crew of the GDL Racing Middle East formed by the eighteen-year-old Dutchman, Rik Breukers, driver of the Lamborghini Young Driver Program, and Axcil Jefferies (twenty-two years old Zimbabwean, at his debut behind the wheel of a Huracán), will be aiming at winning the PRO title. Only one point behind them, however, there are the German Carrie Schreiner and the Australian Richard Goddard (FFF Racing Team by ACM), who scored two 3rd overall positions two weeks ago in Dubai.

The PRO-AM class leaders are Hendrik Still and Paul Scheuschner (Konrad Motorsport), with two victories in their class. Starring in the opening round in Abu Dhabi with a double class win, Costantino Bertuzzi and Nigel Farmer (X-One Racing Team) are however still fighting for the championship.

In the AM class, the new star is Andrew Haryanto, thanks to two second places overall and two class victories. Same number of podium finishes for Marco Antonelli and Davide Roda. The two Italian drivers of the team Antonelli Motorsport made a great debut at the Yas Marina Circuit (overall victory in Race 2), but in the following round at Dubai, they only managed to get a fourth place in the AM class.