WSBK: Phillip Island Preview: Opening round of Superbike World Championship down under 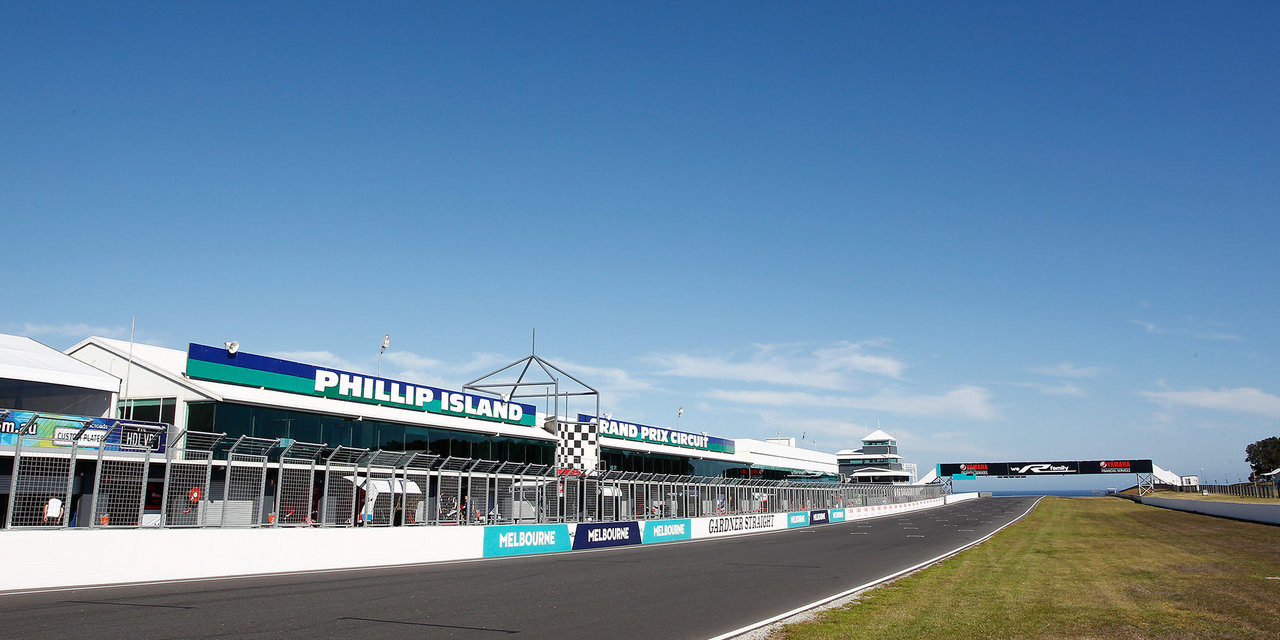 Feb 22nd 2017– Australian summer sun awaits the MOTUL FIM Superbike World Championship, as the paddock heads to the legendary Phillip Island. Set on the glorious Southern Island, the 4.4km flowing circuit is a favourite of many riders, and doesn’t take fools on lightly as it twists over the hills for 12 corners of pure speed and racing action. The Yamaha Finance Australian Round promises to provide anticipation and thrill as the lights go out on the 2017 season.

2016 back to back World Champion Jonathan Rea (Kawasaki Racing Team) had the perfect opening to his championship defence Down Under last year, as he took the double victory in two stunning races; a sign of things to come for the season ahead for the Northern Irishman. Taking his first win at the Island back in 2015, Rea has a meticulous pace around the circuit and following a strong winter of testing he will hope to iron out any final issues at the Official Test at the start of the week. The last time the 30 year old stood on the top of the podium was back in September in Germany, so he’s hungry for a taste of the Prosecco.

Tom Sykes (Kawasaki Racing Team) will be hoping to hit the ground running in 2017 and following a tough winter testing regime, the Yorkshireman will be heading out of pit lane with a point to prove and one person on his mind to beat – his team-mate. An act of true sportsmanship was shown in the final race of 2016 at Losail International Circuit which meant Sykes could secure second position overall in the championship, however the gloves are off once more. The 31 year old holds the pole position record in Australia, but is yet to take that all important first win at the track. Sykes’ last race win was in Race 2 at Laguna Seca back in July, with just six podium finishes following that. 2017 brings the Kawasaki ZX-10RR and new challenges, but he’s certainly not one to give up without a fight.

Coming off the back of a stunning run of form at the end of last season, Chaz Davies (Aruba.it Racing – Ducati) is looking like the man to beat heading into 2017. Making no secret of his blisteringly fast pace aboard the Panigale R, Davies will be working on the base setting he has secured from testing into 2017, with the hope of dominating the field as he did at the back end of last season. Taking six wins out of the last six races, the Welshman is on a winning streak but is yet to take the win at Phillip Island, despite Ducati being the most successful team at the circuit. Confident the ‘best is yet to come’, Davies and Ducati have made their aim for 2017 clear; to take the title.

Returning Italian Marco Melandri (Aruba.it Racing Ducati) will be one to ruffle some feathers this season, and so far his testing times prove he will have the pace to fight up at the front. With 19 WorldSBK wins to his name, Melandri has over 17 years of experience around Phillip Island from racing in MotoGP™ to the WorldSBK paddock; therefore he will certainly be one to watch when the lights go out for Race 1. With podium finishes in Australia in WorldSBK under his belt, he will be able to work alongside his team-mate in order to get the best pace possible out of his Ducati.

Challenges lie ahead for Stefan Bradl and Nicky Hayden (Red Bull Honda World Superbike Team), as they take on the new Honda CBR1000RR Fireblade SP2 around the testing and relentless Phillip Island circuit. German rookie Bradl is making the sometimes difficult step across from MotoGP™, and with a brand new bike in the mix he will make the most of visiting a circuit he is familiar with. Putting in some solid testing time aboard his new machine, Bradl’s first feelings are positive and with a steady set of results here in the past, it will be a learning curve. Heading into his second year in the series, Nicky Hayden will be looking to improve on what he and his team learnt last season. Taking a victory in his debut season, the Kentucky Kid will be returning to the circuit for the third time in the last year following a visit back to his Repsol Honda machine last year. With a steady run of form on the Island, frequent top ten finisher Hayden will be keen to see what the Fireblade can do.

Taking on the twists and turns of the famous Phillip Island, the newly structured Pata Yamaha Official WorldSBK team are a force to be reckoned with for 2017, and Australia is the perfect place for Alex Lowes and Michael van der Mark to start. Alex Lowes is heading into his fourth season in the series and is looking to impress, as the YZF R1 has made some solid steps over the winter. Since Qatar the team have been working hard on their machines, and Lowes is ready to bring the fight and to secure that all important debut podium with Yamaha. Michael van der Mark has made the move to the blue corner and is feeling confident aboard the machine so far. In his debut WorldSBK round at the Island in 2015, the young Dutchman got a steady start and last season he was able to secure two podium finishes, meaning he has set the bar high as he goes Down Under in 2017.

Lone MV Agusta rider Leon Camier (MV Agusta Reparto Corse) seems to have struggled at Phillip Island in the past, and with minimal testing throughout the winter it may be a tough weekend for Camier. However the all important Official Test will be a true eye opener for the Brit and his team. Into his eighth full season in the MOTUL FIM Superbike World Championship the lanky Brit continues to make big progress with his Italian squad, working up to securing solid top seven finishes throughout 2016 and his is no doubt hungry for more.

Milwaukee make the switch to Aprilia for 2017, now known as Milwaukee Aprilia. Signing impressive rookie Lorenzo Savadori and WorldSBK veteran Eugene Laverty – both with experience aboard the Aprilia – the British squad will be taking their new RSV4 RF to new heights for 2017. Australian sun beckons for the pair as they look to take on the ever popular circuit. Following a strong test at the beginning of the season, they are set to cause ructions through the field and with the new grid rules for 2017 coming into force this year, it may benefit the satellite squad.