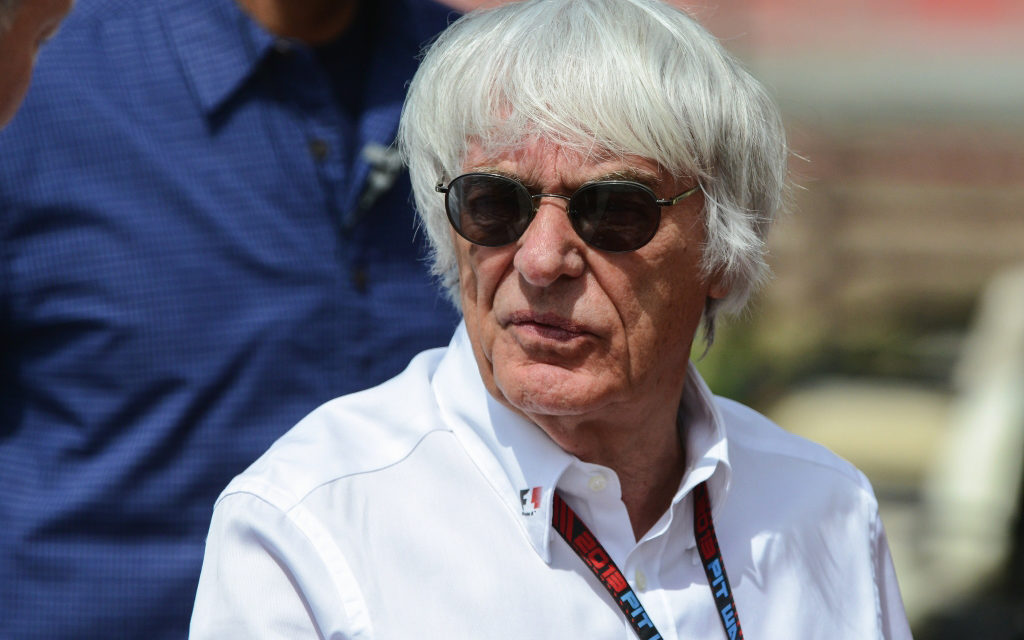 The consideration comprises cash and newly issued shares in the Liberty Media Group tracking stock (LMCK) and a debt instrument exchangeable into shares of LMCK. The transaction price represents an enterprise value for Formula One of $8.0 billion and an equity value of $4.4 billion(1).

The acquisition will be effected by Liberty Media acquiring 100% of the shares of Delta Topco, the parent company of Formula One (Delta Topco herein referred to as “Formula One”)(2). The acquisition is subject to the satisfaction of certain conditions and is described in more detail below.

Greg Maffei, President and Chief Executive Officer of Liberty Media, said: “We are excited to become part of Formula One. We think our long-term perspective and expertise with media and sports assets will allow us to be good stewards of Formula One and benefit fans, teams and our shareholders. We look forward to working closely with Chase Carey and Bernie Ecclestone to support the next phase of growth for this hugely popular global sport.”

Bernie Ecclestone, Chief Executive Officer of Formula One, said: “I would like to welcome Liberty Media and Chase Carey to Formula One and I look forward to working with them.”

Donald Mackenzie, Co-Chairman of CVC, commented: “We are delighted Chase Carey is joining Formula One as its new Chairman and that he will be working alongside Bernie Ecclestone. Chase’s experience and knowledge of sport, media and entertainment is as good as it gets and we are very pleased to secure his services. Bernie has been a wonderful CEO for us over the last 10 years. There have been many successes and the occasional challenge but there has never been a dull moment and we have had a lot of fun. The combined skills of Chase and Bernie mean that the successes should continue and we wish them well. We would like to thank Peter Brabeck-Letmathe for his outstanding contribution during his tenure as Chairman. His leadership has served the company well, and we are pleased that he will remain on the board as a non-executive director.”

In the acquisition the selling stockholders will receive a mix of consideration comprising: $1.1 billion in cash, 138 million newly issued shares of LMCK and a $351 million exchangeable debt instrument to be issued by Formula One and exchangeable into shares of LMCK. Funding for the cash component of the acquisition is expected to come from cash on hand at the Liberty Media Group. The newly issued LMCK shares will be subject to market co-ordination and lock-up agreements.

The Teams will be given the opportunity to participate in the investment in Formula One, and the detailed terms of that investment will be agreed in due course. Certain teams have already expressed an interest in investing after completion of the acquisition.

The completion of the acquisition is subject to certain conditions, including the receipt of: (i) certain clearances and approvals by antitrust and competition law authorities in various countries, (ii) certain third-party consents and approvals, including that of the Fédération Internationale de l’Automobile, the governing body of Formula One, and (iii) the approval of Liberty Media’s stockholders of the issuance of LMCK shares in connection with the acquisition and the name change of the Liberty Media Group to the Formula One Group, and is expected to close by the first quarter of 2017. Additional information regarding the acquisition and Formula One will be included in a proxy statement to be filed by Liberty Media with the Securities and Exchange Commission relating to the matters to be voted upon by Liberty Media’s stockholders described above.

Liberty Media’s President and CEO, Greg Maffei and Formula One’s Chairman, Chase Carey will host an investor conference call at 6:00pm ET /4:00pm MT on Wednesday, September 7, 2016 to discuss the acquisition in more detail. The call can be accessed by dialing: (i) (844) 838-8043 (U.S. / Canada), (ii) (678) 509-7480 (International) or (iii) 0800-028-8438 (U.K.) at least 10 minutes prior to the start time. The call will also be broadcast live across the internet and archived on Liberty Media’s website. Presentation materials to be used during the investor call have been posted to the Liberty Media website. To access the webcast and the accompanying presentation materials go tohttp://www.libertymedia.com/events. An archive of the webcast will also be available on Liberty Media’s website for one year after appropriate filings have been made with the SEC. Relevant images for media use will be posted to Liberty Media’s website under the “What’s New” section of theLiberty Media homepage.

CVC Capital Partners is one of the world’s leading private equity and investment advisory firms. Founded in 1981, CVC today has a network of 24 offices and over 400 employees throughout Europe, Asia and the US. To date, CVC has secured commitments of over US$85 billion in funds from a diverse and loyal investor base, completing over 300 investments in a wide range of industries and countries across the globe, with an aggregate enterprise purchase value of over US$250 billion.

1)Calculated at time of transaction announcement.

2)Other than a nominal number of shares held by certain Formula One teams.

3)65% based on the undiluted share count as of 7/31/2016 and is inclusive of the dilutive impact of the $351 million exchangeable debt instrument.

My last video Made in Italy for you! youtu.be/G2j8Bxn6wlU