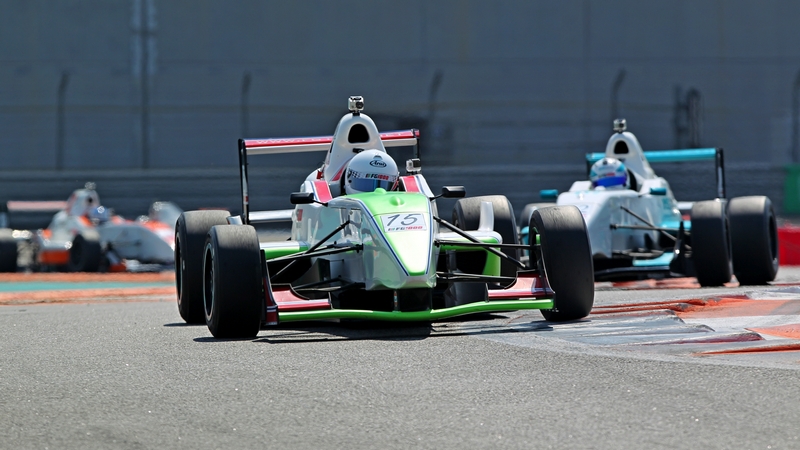 June 3oth 2016 – After five years running their Formula Gulf single seater championship in the United Arab Emirates, Dubai based GulfSport Racing LLC is embarking on an enhanced youth driver development program with the introduction of the ‘Formula Gulf Academy’.

The Academy offers drivers a comprehensive education while preparing them for a career in Motorsport and is aimed at younger drivers moving on from Karting and looking to use the European off-season to get a step ahead of the competition.

“Training and promoting young talent continues to be an important strand of GulfSport’s ethos” explained Martin Hope, GulfSport’s Motorsport Director. “We have been actively involved in supporting young drivers for many years now and we will continue this tradition. Our Formula Gulf Academy is positioned between karting and junior race series like Formula 4 and Formula Renault. We are reacting to new conditions and the massive increase in costs recently seen in junior single-seater racing”.

The opportunity to test and race single seater racing cars on two world class race circuits in the UAE during the pleasant winter months has attracted drivers and their families from 21 countries to-date. Participants of the new six month long Academy will benefit from a subsidised, fully inclusive fee of only $53,000 which includes flights to the UAE, personalised advanced driver coaching, fitness coaching and assessments, media training, engineering seminars, 1400 kms of testing and 400kms of racing on the region’s best and safest race circuits.

GulfSport Racing, awarded ‘2010 Motorsport Achievement of the Year’ by a panel of five industry experts for CAR Magazine is widely recognised for its pioneering work to provide a stable platform for ambitious young drivers to use as a stepping stone into higher racing categories. With an increasing number of new formula championships being created worldwide, escalating the cost of junior racing, it is not always clear to parents what they are paying for and more importantly, what value their sons and daughters can expect.

Commenting on this financial aspect of junior racing Martin Hope said “Formula Gulf Academy guarantees one thing; to deliver the most cost effective driver training available, globally. Whether a driver runs at the back or the front of the grid, the learning curve is steep and the same for all. There’s little value from having your learning year in an expensive and competitive championship”.

The resulting Formula Gulf Champion will benefit from a $20,000 scholarship with an F3 test in Valencia with Campos Racing and a visit to the 2017 Le Mans 24 Hour for the runners up.

“We’ve earned a reputation for delivering highly trained drivers to promoted junior championships including F4, FR 2.0 and EuroFormula Open” said Martin Hope. “The new program is now the most cost effective junior racing academy worldwide and we expect places in the program to fill up fast”.

Formula Gulf Academy is supported by Campos Racing, Gulf Oil International and is sanctioned by the Automobile and Touring Club of the United Arab Emirates (ATCUAE).

Report and images provided by GulfSport