IoM TT: Davo Johnson – Man from Down Under On Top of the World 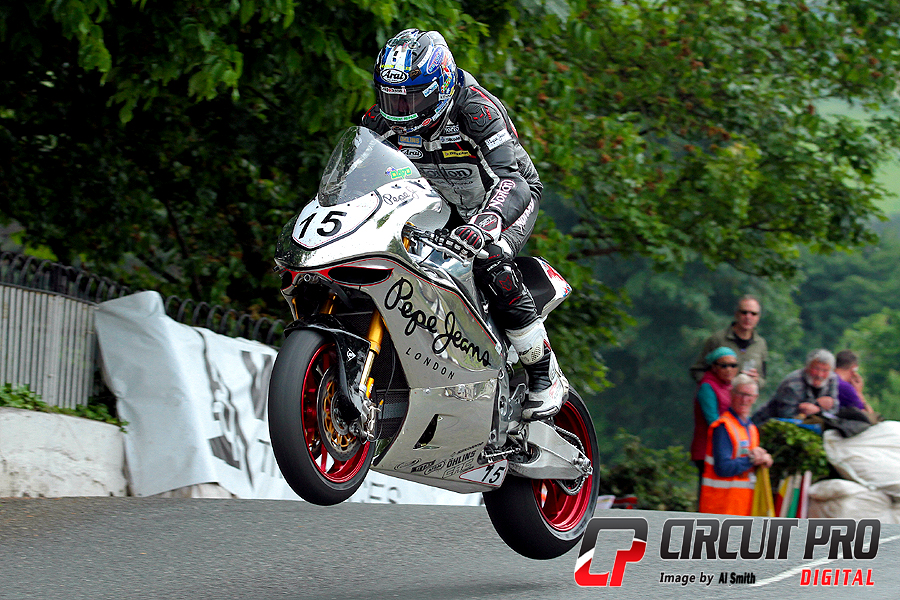 The fastest man to come from the land down under Australian Davo Johnson took time out to give me an interview on how his TT 2016 went for himself and whole of the Norton Team during the event, here in his own words is how it turned out.

When I signed up for Norton last year I never thought it would end up like this.

I’ve always had self-belief on my ability (becoming the fastest ever Australian TT rider with a lap average of 131.595mph) but I’m happy to fly under the radar. Racing a prototype like the Norton I was aiming for a top-10 finish and perhaps nudge 130mph. To finish seventh was freak’n brilliant and shows how far Norton has come since last year. It’s also shut up a lot of those doubters who don’t understand what this is all about. Aussie Davo Johnson all smiles at the 2016 IoM TT

I’ve been around the UK road racing scene for over 10 years and at the TT for five years so I was looking for a bit of different challenge for this year.

When I sat down with Stuart Garner (Norton owner) and Jon Cusack (Norton race team manager) I got the feeling that there was commitment there to build on the work that Cam Donald had done for the past two years.

Changes started soon after the first time I rode the bike in testing in April. To get the bike to fit me (vital for the TT course which has constant high speeds, undulating surfaces and races more than twice the length of a MotoGP) I asked for the handlebars to be mounted 20mm farther forward, 15mm higher and with a 7-degree angle. I wanted the foot pegs 15mm farther back and 15mm lower. I also needed the petrol tank redesigned so I could tuck into it.

As all this stuff is made in-house at Norton I had the bike basically moulded to fit me within a few days. Now it felt like it was my bike, built for me, which is was. The race guys at Norton live for this, especially Jon Cusack, who hasn’t had a day off since I arrived at the factory.

We did loads of testing but you never know how it’s going to work until the first time you hit freak’n Bray Hill in practice. Typical of the TT we never finished a lap in the first three practice sessions. This circuit is so hard on motorcycles.

Our biggest problem was the MotoGP-spec electronics were too sensitive for the bumps and jumps on the TT circuit so there was a lot of tweaking to be done. But then on the Thursday practice I did four laps in a row including two at 127mph average and one at 128mph including a refuelling stop (the previous best lap in a race had been 124.6mph).

Suddenly things looked good and the team was over the moon. One of the quickest bikes through the speed trap – Norton is back !

I learnt a lot about the Norton in the first race (the TT’s opening Superbike event). With Ryan Farquhar out I had an empty grid spot in front of me so it was two laps before I saw another rider. That rider was Lee Johnston (BMW), so I’d gained 20 seconds on him. It was interesting to see the parts of the track where he was faster than me and the Norton was faster than him.

The Norton has plenty of power but front-end grip is the major issue so he was faster than me through Glen Helen (a twisty part of the circuit), which is my favourite part of the course but then I could get super drive out of slow corners like Governor’s Dip.

An indication of how quick the Norton is can be shown on Sulby Straight where I was one of the fastest Superbikes through the speed trap. But that is set up at a slight kink where I found it hard to hold it wide open.

We put a lot of effort into preparing for the Senior (the last race of the program and the most prestigious of the meeting). Mick Grant (team advisor for the past five years) got together with me and we basically created a new bike by changing the suspension with different fork offset and damping. Jon and the team also slipped in a new engine.

Mick’s a seven-time TT winner and a racing pioneer for several of the Japanese factories in the 1970s so he brings a lot of Old School wisdom to the table. Those changes for the Senior were Mick’s call and the end result was I was on target for a top-five finish when a minor fluid leak upset my concentration on lap three (of six).

I missed my braking marker on the approach to Ginger Hall (after the flat-out Sulby Straight) and went over a four-foot drop into an air fence. It was probably the slowest crash ever at the TT!

When you don’t finish a TT race it is devastating because there is such a massive build-up to the event from both rider and team.

But I have to say that the whole team and half the freak’n paddock seemed to have noticed the progression we made this year.

When you get a legend like John McGuinness coming over to say “well done” and then Cam Donald, who had a hell of a bad-luck week of racing, saying that I rode the bike like no one else could, it makes life feel pretty good again. Norton is going to turn this prototype into a production V4 pretty soon, with everything built in-house, including the engine.

I reckon they should start looking now at racing in British Superbike. To do this the chassis needs more front-end feel and we need to test it and test it and even crash it a few times on a British short circuit to find its limit.

Suffice to say a frank an in-depth interview, many thanks Davo and we wish you every success in the future.