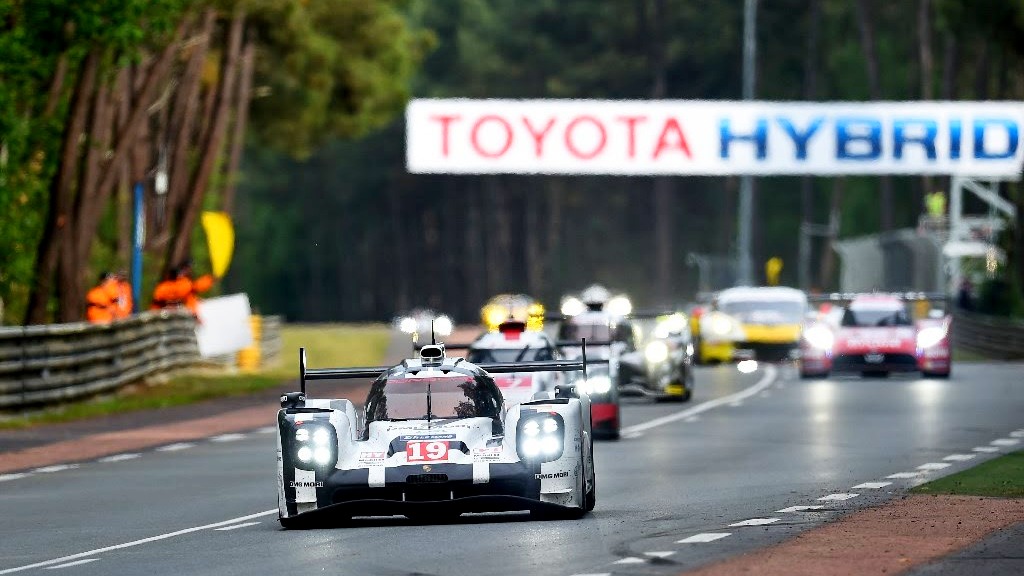 The Test Day for the 2016 Le Mans 24 Hours will be held on Sunday 5th June. It is a general rehearsal two weeks before the pinnacle of the FIA World Endurance Championship on 18-19 June. The 60 cars entered for the Le Mans 24 Hours will take part in this exceptional practice session. But how does it work?

The aim of this day of free practice is to give the entrants the opportunity to come and test their cars on the 13.629-km Le Mans 24-Hours circuit. This allows the teams to set up home inside the circuit without having to move their equipment/motor homes/transporters etc. as the next rendezvous follow one another in quick succession with scrutineering on 12-13 June, official practice on 15-16 and the race itself on 18-19 June.

Who must take part in the Test Day?

In addition, in compliance with the regulations, drivers who have not raced in the event for at least five years (all races since 2011) or drivers in the bronze category who did not take part in the 2015 Le Mans 24 Hours must follow training on a simulator agreed by the ACO. They must also cover 10 laps minimum at the Test Day. The ACO reserves itself the right not to accept a driver if his/her performance or skills do not meet the required standards.

Teams can also enter other drivers for the Test Day (maximum 5 drivers per car).

The following cars are eligible to take part:

The safety and sporting regulations of the 2016 Le Mans 24 Hours and the 2016 FIA World Endurance Championship are applicable (except specific cases) to all cars taking part in the 2016 Test Day.

The Test Day takes place on the 13.629-kilometer circuit used for the Le Mans 24 Hours, specially installed for the occasion. Roads will be closed to traffic in the early morning of 5th June and reopened around 18h00 after the end of practice.

Scrutineering and administrative checks will take place at the circuit starting on Thursday 2nd June.

The first two rounds of the FIA World Endurance Championship showed that anything can happen this year at Le Mans in all the categories. So the Test Day is a crucial dress rehearsal for all the entrants to find their marks on the 13.629-km Le Mans 24-Hours circuit to fine-tune their ultimate setups.

An overview of the entries

LM P1: in the blue-riband category at the Test Day spectators can watch the 9 most sophisticated, most complicated and most advanced prototypes in the world of motor sport. The rivalry between Audi, Porsche and Toyota, the three titans in world endurance racing, has moved up several notches and the races are increasingly hotly contested right down to the chequered flag. As we saw at Silverstone and Spa the technology and performance race can impact reliability. As a result, the non-hybrid prototypes entered by private teams Rebellion Racing and ByKolles have every chance of pulling off a major upset when the flag falls on 19th June.

LM P2: This category has attracted the highest number of entries with 23 cars, the majority of which have been built in France (Alpine, Ligier, Oreca). The best from the FIA World Endurance Championship, the European Le Mans Series, the Asian Le Mans Series and the American WeatherTech SportsCar Championship will be on the grid. The overall level of preparation, competence and requirements is constantly progressing, which makes picking a winner like looking for a needle in a haystack!

LM GTE Pro: In this category dominated by Porsche, Ferrari, Aston Martin and Chevrolet, the return of Ford, 50 years after its fabulous triple in 1966, will delight nostalgic fans. The Test Day will be the first real challenge for the Blue Oval, which has entered four Ford GTs under the Chip Ganassi banner, including the one driven by Sébastien Bourdais, the most American of Sarthe drivers!

LM GTE Am: there are 13 cars at the start including five Ferraris, which will be locked in a ding-dong duel with the three Porsches until the chequered flag. But they will also have to cope with the threat posed by two Aston Martins and two Corvettes.

Frédéric Sausset, who is racing in his first Le Mans 24 Hours, is entered in LM P2 but outside the overall classification. He occupies the 56th garage reserved for innovative technologies which, this year, has been devoted to the disabled. He is a quadri-amputee and he aims to achieve his dream and set an example. Some people thought he was crazy, while other decided to help him in his exceptional adventure, which puts the Le Mans 24 Hours into a whole other dimension. Fred must cover at least 10 laps of the circuit on Sunday at the Test Day to start the Le Mans 24 Hours on 18th June.

The Test Day is open to the public. Spectators who wish to attend this practice session, but who haven’t bought entrance tickets for the 2016 Le Mans 24 Hours, can purchase their Test Day tickets at the price of 20 euros per ticket for the general enclosures or 100 euros for the Test Day paddock card (free for young people born after 5th June 2000), at the ticket booths around the circuit. The Le Houx car park/welcome zone will be open: price 15 euros per space.

People can access the circuit from Friday 3rd June onwards. All the spectators can walk up the pit lane, discover the pits and see the teams making their final adjustments.