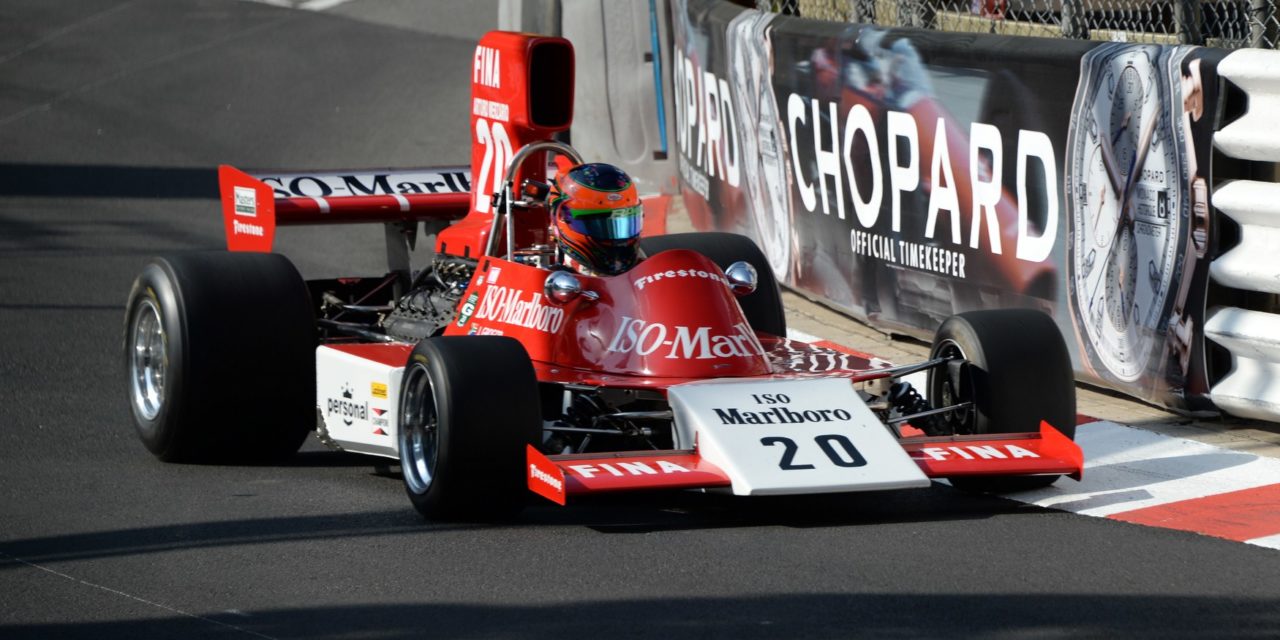 A couple of weeks ago I got a call from GPXtreme General Manager Stehane Clain.

He asked: “Do you want to come to the Grand Prix de Monaco Historique with our team? We have four cars entered for the race…”

“Wow!” was immediate (and wise) answer. Of course I did and a week later I was returning to Monaco for the first time since 1992 when I went there to cover the grand prix that year as a photographer.

This time I was returning in style, as a guest of a racing team, staying on a yacht and at the same time committed myself to taking some ‘snaps’ during the course of the weekend. Life can be very hard at times!

Of course, as a photographer at heart, I wanted track-side access which was kindly given to me by Richard Micoud, ACM Communication & Media Manager, despite my very late application. Good guy Richard and I owe him one. Returning to Monaco for the first time in 24 years as a photographer, Paul Velasco relives his youth

So there I was in among the cars that ignited my passion for Formula 1 around 1973 as a lad. From then on I devoured everything about the sport. Thus it was great that the cars from 1973 to 1976 – no less than 43 of them – were the headline act on a sumptuous bill that included race cars from the pre-war era.

All I can say is that I wallowed in pure bliss as I trudged up and down the pit lane and paddock, in qualifying I made my way to La Rascasse, Piscine and Tabac areas and then for the races it was Saint Devote for the start and then up the hill to Massenet and Casino.

The GPXtreme yacht, where we ate and were kept well entertained by a myriad of the team’s associates, was anchored at the Chicane. Five star and more is the only way I can describe life in the Monaco harbour aboard a yacht.

The team had four cars in the field for ex-F1 driver Jean Dennis Deletraz in the Durex Surtees TS19, Dubai 24 Hours class winner Jordan Grogor in the ISO Marlboro (Williams FW03), Ron Maydon in an Amon AF101 and GPXtreme boss Frederic Fatien in a Hesketh 308 (yes the one that James Hunt won his first grand prix with at Zandvoort in 1975)

Former F1 driver Alex Caffi won the race for 1973 to 1976 cars at the wheel of an Ensign N176, but really victory was hardly a big deal. It was more about the fantastic race cars on display and, maybe it sounds corny or cliched but it is true, every driver who was out there on the streets of Monte Carlo driving these masterpieces were the winners.

And of course everyone present, the crowd was huge, were winners too as we witnessed a real blast from the past. And believe me some of the front runners were really flinging the cars around the narrow armco lined strip of tarmac.

For me the noises, the sights, the smells harked back to a distant yet very familiar era. I was like a kid in a candy store, and all I can say when the next Monaco historique comes about (two years from now) I will make sure I am there again.

I urge anyone – young or old – with a passion for Formula 1 and it’s rich heritage to also make the pilgrimage, as the experience is sure to reaffirm why we love F1, because irrespective of the state that is in right now it is still the best sport in the world.

Below is a selection of some of my favorite photos taken during my three days at the principality. Thank you GPXreme!