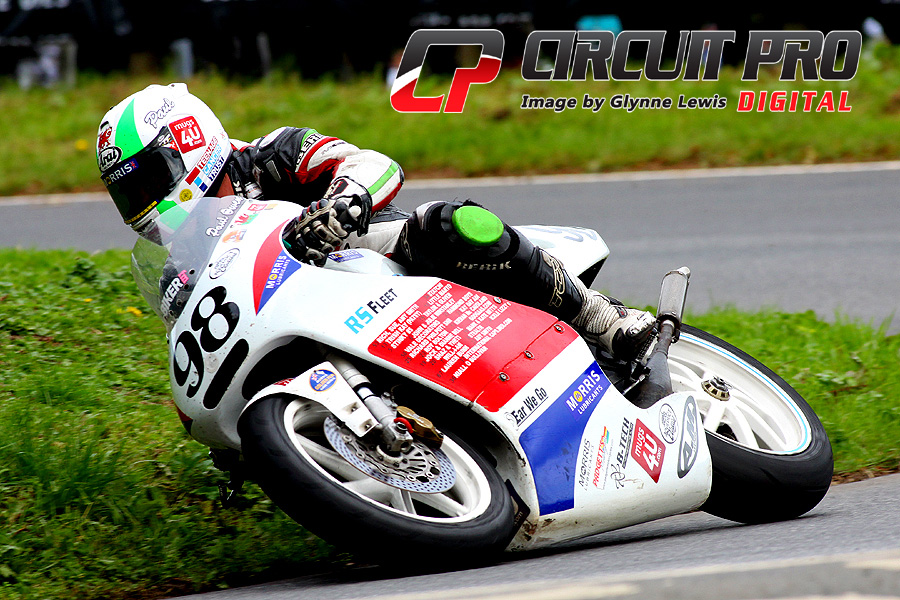 Our roving photo-journo Glynne Lewis was out and about in the paddock recently and managed to catch up with Welshman Paul Owen for a quick chat…Here is what he had to say;

It’s never an easy road for a privateer to enter into racing a motorcycle, especially preparing for the new season ahead, the long hours in the man-cave building and setting up the machine(s) and that’s apart from the other work riders have to do to pay for it all.

I had a chance to catch up with popular Road Racer Paul Owen from Llangollen North Wales a few days ago and talk about his 2015 season and 2016 prospects.

Paul had a few decisions to make last year which were to change what he did and where he would be racing, suffice to say the following will answer most of the questions Paul’s fans would like to know regarding his 2015 season and his 2016 plans.

Here’s what Paul had to say,

2015 was a mixed year for me having to decide to step down from the NW200 and TT as both meetings cost me £9000 that was just to compete at the events, never mind all the expense of pre season preparation, and with no prize money being won it was a decision I had to make to secure my future in road racing.

I still got to race at the Isle of Man but at the Classic event on a Yamaha FZR750 Genesis that I built at home, plus outings at Aintree and Oliver’s mount throughout the year aboard my trusty Honda RS 250 that I had had better success on with many wins at Aberdare and Oliver’s mount, including a pole position at the Ulster GP.

Unfortunately following an incident involving Guy Martin during a race at the Ulster GP and subsequently being cancelled I never got to make the most of my pole position there, one which I intend to put right this year.

I did have a 2nd race qualifying in 4th place but sadly missed a 3rd place podium by 0.1 of a second. I was also leading at the Phil Mellor trophy race at Oliver’s mount but a 10 pence water hose clip broke and I had to retire so, all in all a disappointing end to 2015 but none the less I know I have the bikes and commitment to do better next season As for the 2016 season I will be competing in all the same events as mentioned above, but this time aiming for that top step of the podium, there is also a 250 race at the classic TT which I will be competing in aboard my Honda RS 250 it will be good to pit my skills up against quality riders such as; McGuinness, Anstey, the Dunlop’s and many world class riders on the Isle of Man TT roads.

Paul would like to thank those whom took part in his 98 Club during 2015, there are too many to mention and for those who helped behind the scenes.

paulowen98@live.com or alternatively fill out his Club 98 form here, https://t.co/OhMxY7J9cG

Images and report by Glynne Lewis…