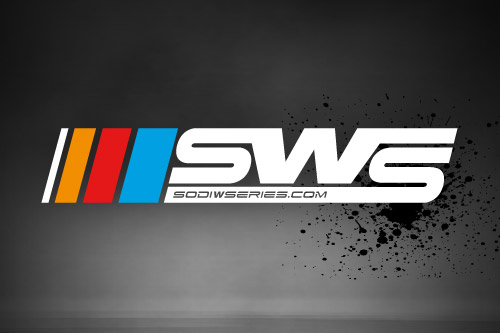 11 May 2014-Teams and drivers from the UAE flew the flag impressively for the local leisure karting scene during the Sodi World Finals at the brand new Alain Prost Kart Circuit in Le Mans, France this past weekend.

Four teams, who contested and excelled in the 2013 Duba Kartdrome Endurance Championship driven by Mini, qualified for the 500 Miles Endurance Cup World Final race. Reigning champions CG Racing, along with Dubai Falcon Racing Team and Batelco Racing lined up on the grid alongside 40 top international teams. Throughout the race a dozen teams were always within a lap or two of the leaders and in among them were all the Dubai Kartdrome championship contenders, and when the chequered flag fell to end the race it was French outfit Ask Performance 360 who clinched victory by a mere 3.140 seconds from second placed CG Racing, CER Karting from France taking the final podium spot in third.

Fourth went to Batelco Racing from Bahrain, who currently lead the 2014 series in Dubai. Dubai Falcon Racing Team were tenth and CG Racing 2 were 38th.

Six of the top drivers from the Dubai Kartdrome 2013 SWS Sprint Series were selected to represent the UAE in the Sodi World Finals Sprint Grand Prix, where they were part of and 80 strong field of drivers from around the globe. The title was decided in a series of qualification races, followed by four points scoring races – top points scorer would be declared champion.

The only downside for the Dubai contingent was that being used in the Sodi World Finals for the first time were the GT Max Sodi kart, powered by a Rotax max engine delivering twice the power they have been used to in the UAE based series, while most of their rivals were familiar with the new machines.

Flying the UAE flag were reigning Kartdrome SWS Sprint champion Atef Al Barwani, Ali Al Mansoori, Abdullah Al Ali, Sam Zian and wildcard Moeen al Sarraj who all enjoyed races where they won or were at the sharp end of proceedings. Collectivel, on day one, they bagged five podium finishes despite their lack of experience in the karts being used.

When the points were scored at the end of the final day, of two, it was Germany’s Marcel Prokscha who emerged as 2014 SWS Sprint champion ahead of second placed Belgian driver Simon Delvenne and Briton Piers Prior in third.

Highlights of the weekend for the UAE team contesting the Sprint Grand Prix were: a one-two by Al Ali and Al Mansoori in the Final 2 Qualification Race and first place for Al Barwani in the Superfinal 1 Qualification Race.

At the end of the final day Al Sarraj was best of the UAE brigade in 20th place, next best was Al Ali in 29th, Sam Zian in 30th, Al Mansoori in 33rd and Al Barwani 43rd.

Dubai schoolgirl Hannah Logan and schoolboy Mansour Al Sarraj (younger brother of Moeen Al Sarraj) represented the UAE in the Sodi World Finals Junior Grand Prix, where they lined up alongside 20 of the best SWS juniors from around the globe.

Four points scoring races over would determine the final standings, and after two days of action it was Russian teenager Michael Belov who claimed the top prize ahead of French duo of Bastien Flahaut and Erwann Varlet who finished second and third respectively.

Al Sarraj was 17th when the points were tallied, with Hannah 17th.

Kartdrome manager Ryan Trutch summed up the 2014 SWS World Finals, ” Once again our teams and drivers did the UAE proud as they proved that the local scene is on an international level. Particularly impressive was our performances in the Endurance format where teams contesting the Kartdrome Endurance Championship by Mini were excellent. The GT Max Sodi karts, which none of our drivers had ever used, proved to be a challenge, but I was impressed by how our drivers adapted and were impressive throughout the weekend.”

“In the end it was a great experience for all concerned, and a well deserved reward for drivers and teams who have contested and supported the Kartdrome based SWS championships. We go home proud of what we achieved as a collective and believe that we impressed our rivals not only with the speed shown by UAE based comeptitors, but also the enthusiasm and sporting spirit which we showed throughout the weekend,” added Trutch.