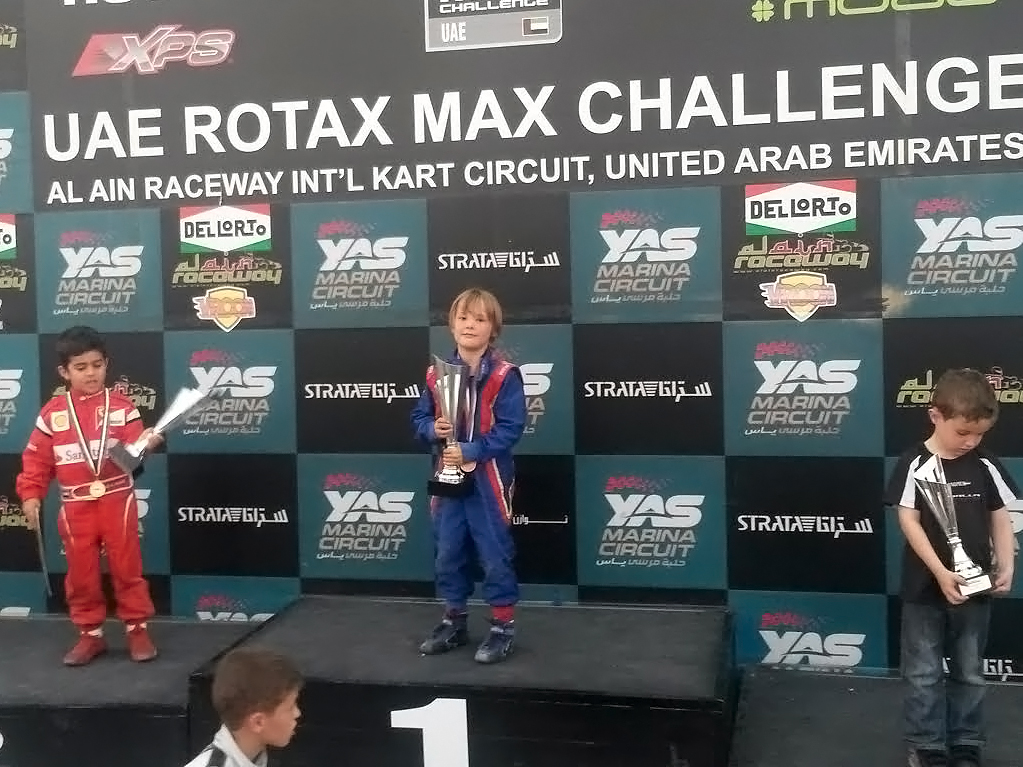 Everyone loves an underdog!

Easier said than done but, nonetheless, Harry the ‘underdog’ was up for it, and how…..

Turn back the clock a few short months and Harry had never even stepped into a kart before. Casually mentioning to his Dad, Dan Hannam, and the 5 year old who pestered to have a go at karting was finally given the opportunity when the affable Dan did a deal with Team Energy’s Kevin Day to purchase his lads old kart.

Roll on the new season and roll onto the grid, Harry in his Bambino kart wearing his favored #19 number plate. He was ready for his first competition race of any kind in his short 5 years so far. Needless to say, he took to the karting like a duck to water and was soon racking up the points in this hotly contested entry level race kart series. Whilst Dan and Harry were battling on a very tight ‘shoestring’ budget, his ambitions were high and Harry let his talent do the talking on track. The Dubai born youngster who is a big motorsports fan much like his Dad Dan, who is now semi-retired and likes to talk about how fast he was to whomever will listen, loves anything to do with racing and is also a huge bike fan too. Cal Crutchlow being his favorite rider on the GP circuits and even sports one of Cal’s T-shirts (for luck) around the paddock along with his trademark sunglasses (the boy has style)….

Dan, has managed to keep the kart running most of the season with the occasional hiccup but, as I said, it has not always been easy when the team consists of Harry and Err, Dan! Rachel, Harry’s Mum was more of a ‘bad luck charm’ (not my words)at the races so, she was asked politely by Dan to find something else to do on race days (well he is a Millwall FC fan!)…This seemed to work as now on finals day, Harry was leading the championship by the narrowest of margins going into the day and just needed to keep his cool and keep everyone else behind him…. Harry on the pace in his first season

On the final day it didn’t start too well, an engine issue in the first race saw his fellow competitor and championship contender Rashid skip into the lead in the race and the championship. It was all on the last race and the stakes were high. Not wanting to give up easily, he ran a new engine which was down on power; he battled in true grit style to the flag where, after checking the points tally for the two contenders, with one point separating them, Harry had become the champion in his ‘rookie’ season….

So, after winning the championship in his first season, what is in store for him next season? Well, he is keen to carry out a Bambino race in the UK this year at the ‘Clay Pigeon Kart Track’ which a certain Formula One star, namely Jenson Button started his career at…After that, we will have to wait and see, no real plans have been made yet but I did happen to hear that if there was a ‘Mini-moto’ championship, he would really like to have a go at that too….Something tells me that this would also bring Dan out of retirement if there is a ‘veterans’ class !!! Looking every bit a champion, Harry doing what he does best, winning!

In the meantime, Harry will be happy building things with his favorite toy, Lego! And watching anything to do with motorsports on TV with his own driver hero, his Dad Daniel…

I look forward to seeing them both around the paddock next season; the place needs ‘old school’ boys like these two to add some character which they both have in bundles…See you soon boys and thanks for the chat!