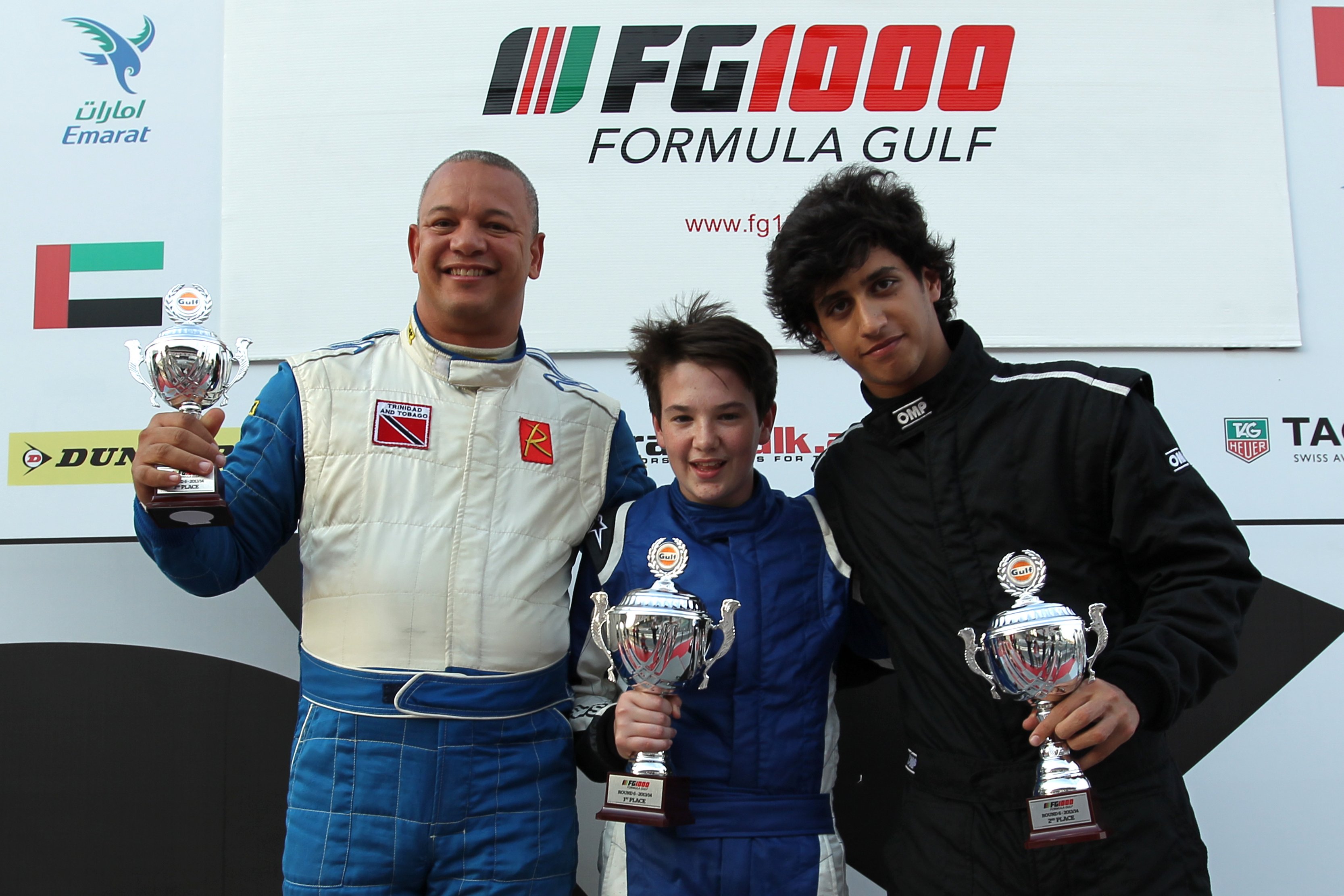 Double wins in UAE Sportbikes for Binladen, Boyter and Collins

Abdulaziz Binladen on his Liberty Kawasaki continued his winning streak in the 2013-2014 UAE Sportbike Championship as he notched up another 600 Class double win on the day, which gives him command of the championship as he remains unbeaten so far this season at Dubai Autodrome.

Chasing hard in both races was reigning champion Mahmoud Tannir on the Triumph Daytona, who has found good momentum after a troubled start to his season. Tannir was second in both races, with Ducati mounted Joe Oxley third.

Michael Collins was unbeatable in the Rookie Cup, scoring maximum points from both races with ease.

The non-championship 1000 Class was dominated by Alan Boyter who took two wins aboard a Kawasaki. In race one fellow Kawasaki rider Steve Blackney was second ahead of Damien van Blerk in third on a Ducati. Behind Boyter in race two was Nasser Al Shaibi on a BMW, with Blackney third. It was a day of double wins in the NGK Racing Series as Costas Papntonis did the double in Class 1 driving the Gulf Petrochem SEAT, as did Jonathan Mullan at the wheel of a Honda Integra in Class 2 and Gulf Petrochem backed Alex Annivas in the Clio Cup.

Guillaume Simonnet made his Class 1 debut in a SEAT, finishing second in both races, with BMW drivers Marcel Kusin and Petr Valek third in race one and race two respectively.

Shannon Ward, driving a KTM X-Bow, was unchallenged in Class 5 as was Leon Price in the Dragon Racing Ferrari in Class 3.

Kartdrome bred Tom Bale, was the smallest race driver in action on the day, but gave one of the biggest performances of his short career in Formula Gulf 1000.

After winning race one with relative ease, in race two the Dubai schoolboy had to work his way from stone last by over 15 seconds before delivering an impressive comeback through the field, making the winning overtake on the penultimate lap to victory in race two and setting the fastest lap on his final lap of the day, in what must go down as the drive of the day.

In the first race Saeed Bin Tooq was second, with Abdullah El Khereiji third. In the second race El Khereiji finished second after leading most of the way, with Kaverne McShine crossing the finish line in third.

The next UAE national race day takes place at Dubai Autodrome on 14 February 2014.