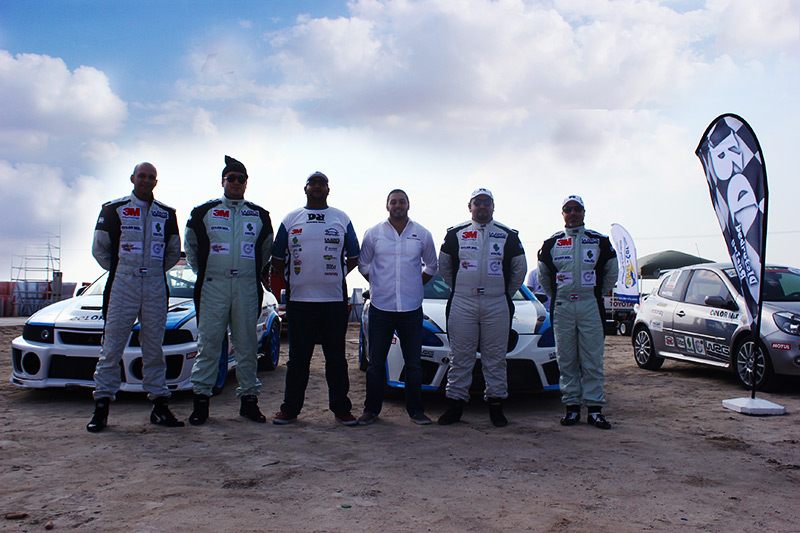 Disturbed Racing line up for the new AutoX season

Jan, 2nd 2014 – The long awaited months of preparation has finally come to an end (same goes for the hot weather) and the long awaited UAE AutoX season has just started

The team went through challenges in the past couple of months including losing one of the team cars (the mighty R32 skyline), fortunately we have some amazing sponsors including WRG garage that supplied us with their own Renault Clio 172 in the last minute.

The first round of the UAE Autox championship was held in Jebel Ali karting track on Friday 20th December, with a full lineup of 18 cars including five disturbed racing drivers and a cool weather the team was ready to put their cars to the ultimate test after a long time off the track.

First off was Rawy in his Renault Clio (FWD stock) posting a 01:31:26 in his first run followed by a best time of 01:30:43 in the second run behind the more powerful Civic Type R, the Scirocco and the Leon FR all driven by the Omani team.

Next off the line was Ahmad Abo El Shaar who ran into mechanical issues and couldn’t run the first run due to a faulty clutch, the mechanical issues went on to affect our 172 Clio driven by Abdul Rahman Siksek (FWD race) who posted a best time of 01:32:07 despite the loss of power.

This left our EVO and the Seat (aka the Monster) with a big task and they were up to it , Mohammad Tarifi onboard the recently fully rebuilt Seat Leon (FWD race) and on its first AutoX event made it clear that you do not need to own an EVO to play with the big boys ; Mohammad managed to finish 7th overall behind the RACE and Modified EVO league and earned a class win (FWD RACE) , this car has much more potential and will prove that in the next rounds (watch this space) Kicking up the dust on the season opener

It was a heated challenge in the AWD RACE category where the highly powered EVOs felt at home and had the chance to flex their muscles on the straights, Ahmad Arafat onboard his purpose built EVO6 was off to a slow start in an effort to memorize the track and finished his first round second with a time of 1:20:15 behind the seasoned Raed Hassan, Ahmad managed to post his best time of 1:17:20 in his fourth run which earned him a podium finish in 3rd position after Fadi Hammadeh in 1st and Raed Hassan in 2nd

Round two of the UAE AutoX championship will take place on 17th January 2014, stay tuned !