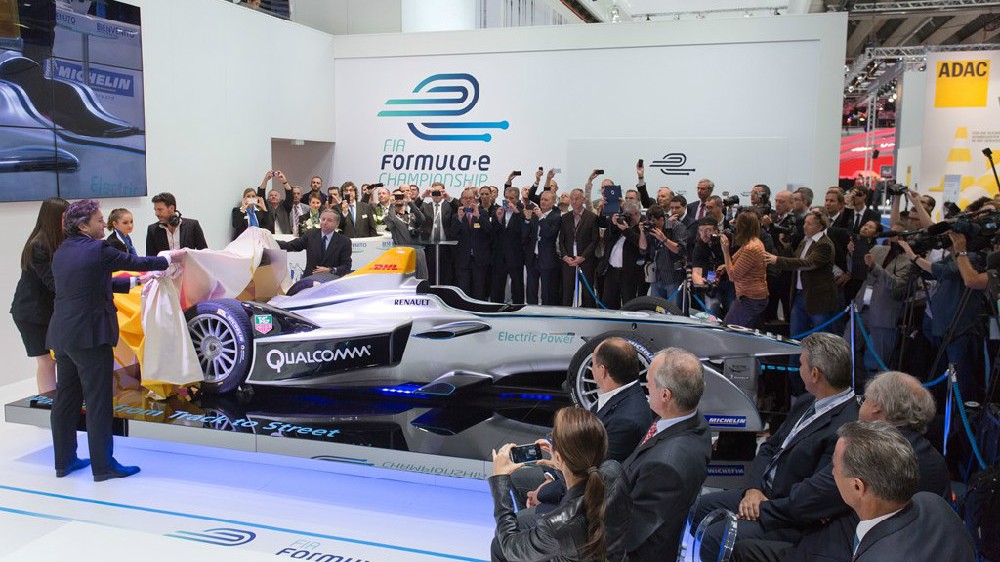 The inaugural calendar was proposed to the FIA during its World Motor Sport Council in Dubrovnik, Croatia, and will run from September 2014 to June 2015. Beijing will have the honour of hosting the world’s first fully-electric race while London is set to stage the season finale (Round 10) on 27th June 2015.

Three new venues have also been added from the original list of cities which was announced earlier this year (March). Uruguay’s picturesque beach resort of Punta del Este, the glamorous harbour of Monte Carlo and one of the world’s leading financial centres Hong Kong. These replace Rome, Rio de Janeiro and Bangkok which will instead be considered as candidate cities for the coming Formula E seasons.

After the opening round in Beijing, the 10 teams and 20 drivers of the FIA Formula E Championship will remain in Asia for Rounds 2 and 3, with Putrajaya, the federal administrative centre of Malaysia on 18th October 2014, followed by Hong Kong on 8th November 2014.

From here, the series heads to South America with Round 4 in Punta del Este, Uruguay, on 13th December 2014 before starting the New Year in Buenos Aires, Argentina, for Round 5 on 10th January. The series then heads to North America for Rounds 6 and 7 with Los Angeles on 14th February 2015 and Miami on 18th April 2015.

The season then moves to Europe for the final three rounds beginning with Monte Carlo, Monaco, on 9th May 2015 followed by the German capital of Berlin on 30th May 2015 where the former airport of Tempelhof has already been revealed as the circuit location. The inaugural season then reaches its climax in London, UK, on 27th June 2015.

The provisional calendar will now be considered by the FIA before being finalised during the December FIA World Motor Sport Council.

Alejandro Agag, CEO of Championship promoters Formula E Holdings, commented: “We’re very excited to be revealing our provisional calendar today and thankful to all the cities that have agreed to host our Formula E races, as well as those that had shown interest. Since launching the Championship last year we have received formal offers from more than 25 cities all over the world making choosing just 10 very difficult indeed. Today’s provisional calendar sees us race in the heart of some of the most well-known cities in the world providing a fantastic backdrop and showcasing electric vehicles in their favoured urban environments. We will now focus on finalising the design of each of the circuits as well as working closely with all our partners to ensure we deliver each of these events in the most sustainable way possible.”

Agag added: “To be in this position with one year still to go until the first race is a testament to the interest Formula E is generating around the world and the commitment cities have shown to clean mobility and sustainability, not to mention all the hardwork undertaken by our Operations Team. Today is a very exciting day for the future of motorsport and we can’t wait for the first race to begin!”

All Formula E events will feature a free practice session, qualifying session, one-hour race and live music concert taking place in a single day (Saturday) in order to minimise disruption to the city and its surrounding areas. Precise circuit layouts for each venue will be revealed at a later stage but all will use city-centre locations. Tickets for the first rounds will go on sale in 2014.

Formula E is a brand new FIA championship featuring Formula cars powered exclusively by electric energy –representing a vision for the future and serving as a framework for research and development around the electric vehicle. For the first season only, all 10 teams – each with two drivers – will compete using the new Spark-Renault SRT_01E car, unveiled earlier this month at the Frankfurt Motor Show.