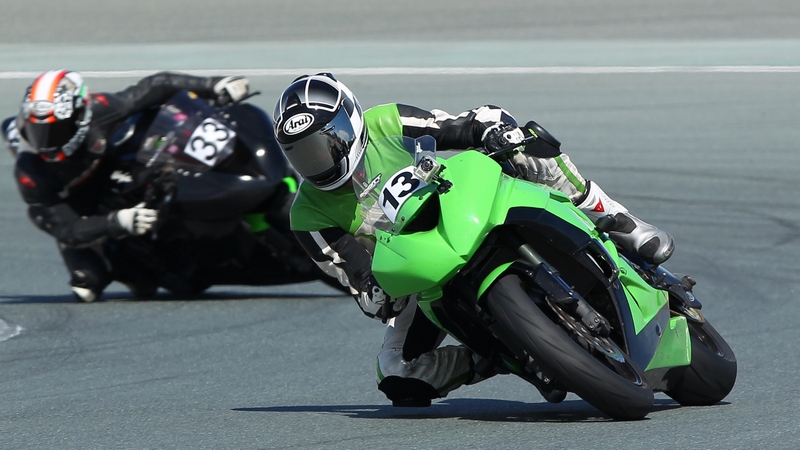 Dubai, 5 March 2013– Round 9 and Round 10 of the 2012-2103 Motorcity UAE Sportbike Championship, takes place this Friday (8 March) at Dubai Autodrome as part of the Total UAE National Race .

This year’s edition of the championship is one of the closest fought contest in recent memory, with four 600 Class winners in the eight races to date.

Last year’s Rookie Cup winner Suya Raja started the season in fine style, scoring a hat trick of wins but since then has not been on the top step of the podium. He still tops the standings with 144 points, but his once commanding lead at the top of the points standings is down to 14 points.

This weekend Raja has a new Yamaha at his disposal, after blowing an engine a couple of rounds ago, and by all accounts his machine should be up to race winning pace again.

Relentlessly stalking the Yamaha rider is reigning Motorcity UAE Sportbike Champion Mahmoud Tannir who has won twice this year, but a couple of non-finishes on his Duseja Moto Triumph has not made it easy on him and his quest for back to back titles. However he will be buoyed by the fact that in the last four races he has been the top points scorer.

Big success story of the season has been the return to the grid of Rob Nicholas on a Triumph Daytona and with two wins, in the past four races, has put himself well into contention for the title, only 22 points adrift of top spot. The fourth rider to taste victory, thus far, this season is Joe Oxley who has come to terms with the intricacies of his Ducati and now contests every race as one of the pace setters. A couple of DNFs have counted against him in the title race. Nevertheless he is still within sight of Raja, albeit 49 points adrift.

Kawasaki rider Omar Naji has this year emerged as a model of consistency and of the top five riders is the only one to have scored points in every round of the season to date. Podium visits are now a regular feature of his race days and as a result he lies fourth in the championship, with 109 points to his credit. He will also be looking to grab that elusive first win.

The ‘race within a race’ is the Rookie Cup which has evolved into a three way shootout between Colin Hindes (Kawasaki), Dominik von Poelnitz (Suzuki) and Neil Hawke (Kawasaki) with a mere eleven points separating the trio at the top of the points table.

As in the premier 600 Class, the Rookie Cup battle is set to go down to the very last round of the championship this year.

In the 1000 Class all eyes will be on Abdulaziz Binladen who will be making his Dubai Autodrome race debut on his Honda Fireblade, which replaces his customary Saudi Falcons BMW. He will again be likely to set the outright pace, with Nasser Al Shaiba chasing hard on his BMW.

Two wheel action on the Dubai Autodrome International Circuit configuration begins with warm-up at 9.30 am, followed by qualifying at 9.50 am and thereafter two races at 11.45 am and 15.05 pm respectively.

Entry on race day is free, with food and refreshments available throughout the day at the Pit Stop lounge. Additional seating has been made available for spectators in the popular ‘Bowl’ viewing area of the circuit.