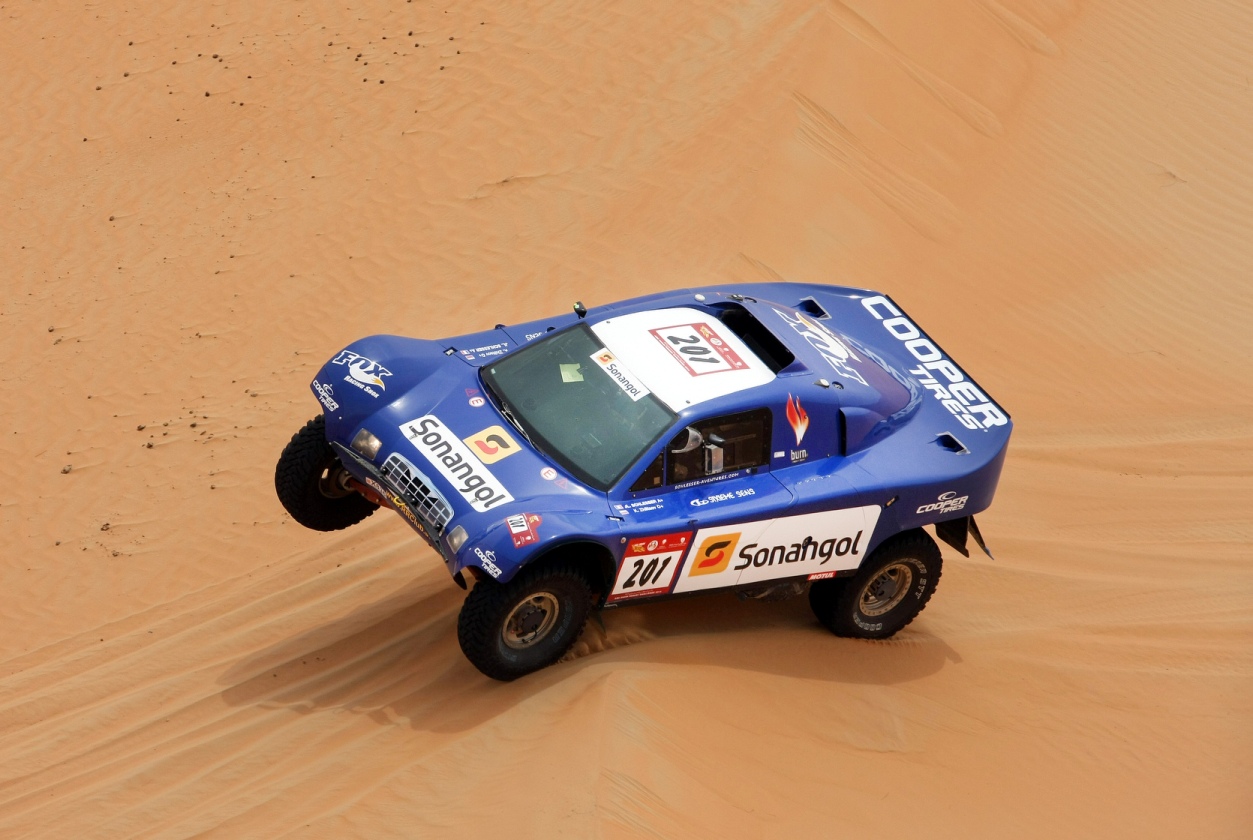 Dubai, UAE, 21 February, 2013: Jean-Louis Schlesser is aiming to build on his record six victories in the Abu Dhabi Desert Challenge when the 23rd edition of the event takes place in April under the patronage of H.H. Sheikh Hamdan bin Zayed Al Nahyan, the Ruler’s Representative in the Western Region.

Schlesser will again partner with Russian co-driver Konstantin Zhilstov in his familiar Sonangol Buggy as he looks to defend the title he won after a great battle with the UAE’s Khalifa Al-Mutaiwei last year.

While the Frenchman finished with a winning margin of 1hr 37mins 19secs, he was able to relax only on the final day after Al-Mutaiwei suffered mechanical problems, and the veteran driver expects another stern test in an event which has been a big part of his remarkable career.

“I love the Desert Challenge for many reasons, and have made a lot of friends in the UAE,” said Schlesser. “It’s a very tough event, and you have to learn to negotiate with the desert to get through. You are bound to make mistakes in an event as difficult as this, but the secret is to make as few mistakes as possible, and not to break the car.”

“Since it was first staged in 1991, the Desert Challenge has produced some of the most dramatic action in international cross country rallying, and has brought the best out of many of the world’s top drivers and riders,” said Dr. Mohammed Ben Sulayem, President of the Automobile and Touring Club of the UAE, the national motor sport authority and rally organisers.

“We look forward to adding another chapter to the success story, and of course I’ll be especially happy to welcome back Jean-Louis, who is a great friend of the event and has a permanent place in its history.”

Schlesser scored the first of his Desert Challenge victories back in 1994, a year after the event first became part of the FIA World Cup series.

He won it again 12 months later as the event joined the FIM World Championship and welcomed a big international line-up of top-class riders, and he scored three more successive victories between 1999 and 2001.

His latest success last April after an 11-year gap underlined the longevity of the ex-Formula 1 driver who shared the French Formula Three Championship with four-times former F1 world champion Alain Prost as far back as 1978.

“It’s amazing to win an event like this six times, because it is definitely not easy,” said Schlesser. “I remember all my wins, but the first one was something very special for me. I would love to win it again, but it’s going to be tough.”

Starting and finishing at Yas Marina Circuit and taking place entirely within the Emirate of Abu Dhabi, the 2013 Abu Dhabi Desert Challenge once again takes competitors on a testing journey through the spectacular desert terrain of the Western Region of Al Garbia.

Reaching deep into the Liwa desert, the route crosses some of the most demanding landscapes on earth, testing drivers, riders, and machinery to the limit in the crossing of towering dunes and desert plains. The event’s official itinerary begins with competitor documentation and an official press conference on Thursday 4 April, with scrutineering following the next day before a super special stage on 6 April leading to five days of competitive desert stages.