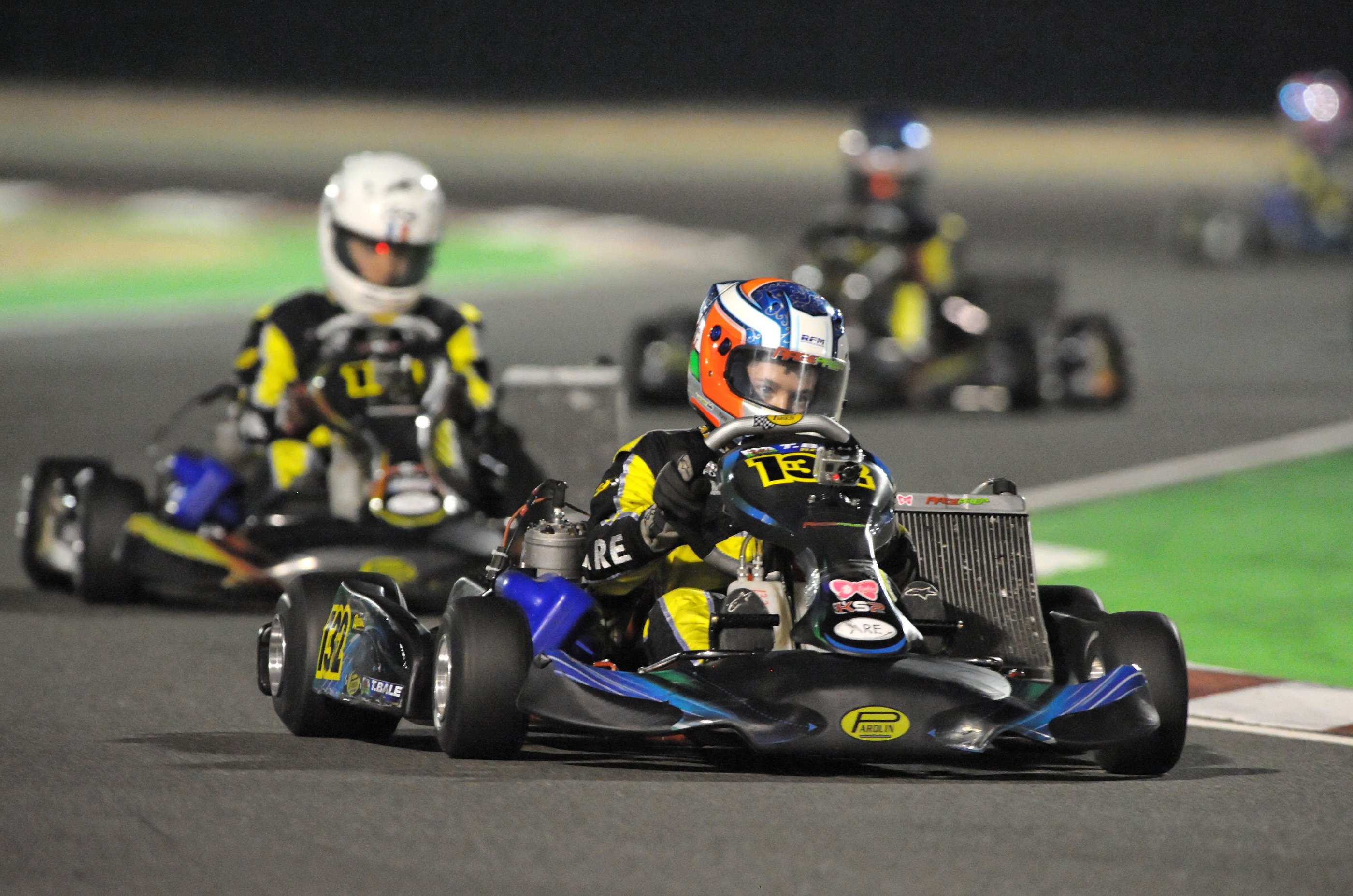 Bahrain Int’l Circuit, Sakhir, 12 November 2012-   Tom Bale stood on the top step of the podium, after winning the final round of the 2012 CIK-FIA Karting Academy Trophy in Bahrain.

The Dubai based schoolboy, who grew up in the city has been part of the local karting scene at the Kartdrome for several years. Tom shone brightest in the highly competitive series made up of 50 of the best international young kart drivers, as chosen by their national authorities.

14 year old Bale was chosen to represent the UAE in the series where drivers are allocated identical Parolin karts powered by FIM KF3 engines to ensure a level playing field for all, and run on the same bill as the under 18 world championship.

Bale competed in the two previous rounds in Braga (Portugal) and Angerville (France) and arrived in Bahrain 15th in the championship standings.

The weekend, on the kart track adjacent to the Bahrain International Circuit Formula 1 race track, started off well for Bale as he topped the timing sheets in free practice for his group. But a wrong call on setup saw him on the back foot in qualifying.

In the first qualifying heat Bale showed his intent, starting from 13th he powered his way through the field to finish second. But in race two a first lap shunt resulted in a non-finish. Despite the setback the young Dubai resident dug deep, drove an impressive race to finish fifth after starting 14th and moving him into the pre-final with a 12th place grid slot.

From the start Bale gave a memorable display carving his way to third place before a crash resulted in a full course yellow for four laps. When the race resumed he stalked the top two before making his move with three laps to go and taking victory in fine style, setting the fastest lap in the process.

For the final, with the grid decided by finishing positions in the pre-final, Bale kept his cool amid a very strong challenge from his rivals in the race to notch up the overall win.  His fine showing in Bahrain saw Bale end the season in fourth place in the final standings of the 2012 CIK-FIA Karting Academy Trophy, making the karting world take notice of the diminutive lad with his karting roots firmly laid at Dubai Autodrome. Standing tall, Tom on the top step of the podium after a victorious night in Bahrain

“We have watched Tom Bale grow from a young seven year old to a teenager and along the way develop into a very fast and promising kart driver. With remarkable commitment, training hard by choice at the Kartdrome while most kids were playing, Bale dominated the junior categories in the UAE. Congratulations to him and his family on the fine achievement and for doing UAE karting proud on night filled with the most promising youngsters from the world of karting,” said Dubai Autodrome communications manager Paul Velasco.

“We will watch Tom’s progress with great interest as he is not only an inspiration to aspiring young race drivers, but also to everyone who has been witness to his journey to the top,” added Velasco.