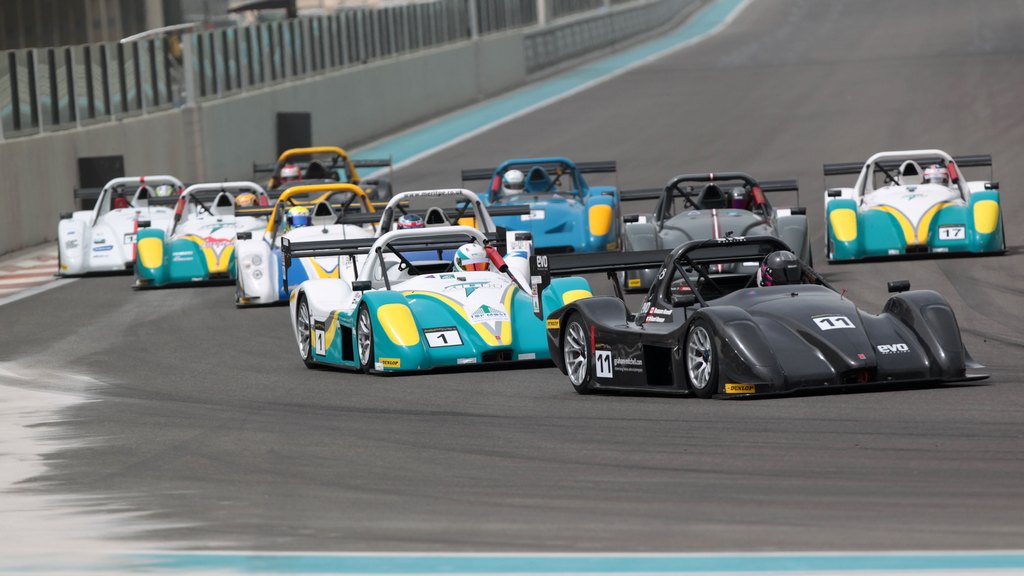 August 29, 2012-Strong interest from competitors in Europe, the UK, Australia and across the Middle East ensures that the UAE’s most popular form of circuit racing in 2011/12, the Radical Winter Cup, only continues to grow when the new racing season kicks off in Abu Dhabi on October 19.

Organised by Dubai-based AUH Motorsports, the 2012/13 Gulf Radical Cup will again run as part of the UAE National Racing series split between the Dubai Autodrome and the Yas Marina Circuit in Abu Dhabi.

Series organizer, Carl Rolaston said he was confident a bumper 20-car grid will line up for round one at Yas Marina Circuit with a healthy mix of international entrants.

“Last year we had 45 drivers representing 23 nations and it was great to see Qatar’s Abdul Rahman Al Thani win the series in front of so many experienced ex-pats,” Rolaston said. The series will run over seven rounds comprising 14 races of 45 minutes each including a compulsory pitstop in each race.

“It’s a format that Radical cars use internationally so it means drivers from any Radical Championship in the world can come to the UAE and feel at home straight away. Plus it’s great value for drivers as they get two races at every meeting and can split the cost with their co-driver,” Rolaston added.

The Radical sports car is manufactured in the UK and while the four-cylinder, SR3-powered version has proven to be the most popular on track, AUH expects a growing number of the V8-powered SR8s as well as the possibility of the new entry-level SR1 making its debut to provide a three-tiered title chase.

“The UAE Radicals have been around since 2006 and it’s always been the fun and friendly series with drivers graded gold, silver and bronze according to their experience. It ties in well with our ProAm concept and bodes well for another great season of racing.”

Alongside the imported drivers, interest in the UAE series has come from local drivers based in Saudi Arabia, Kuwait, Qatar and the United Arab Emirates.