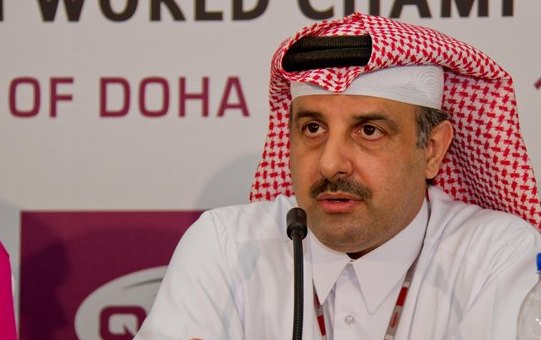 Dubai, UAE, 8 August, 2012: Mohammed Ben Sulayem said today that the restructuring of the Arab Motorcycle Federation (AMF), a process driven by the Union of Arab National Olympic Committees (UANOC), can take competitive bike racing in the region to a new level.

Sulayem, President of the Automobile and Touring Club of the UAE, believes regional moto racing can look forward to a bright new future with a calendar of events run to the international standards laid down by the FIM, the sport’s world governing body.

That will be one of the goals of a new-look AMF following the dismissal of its executive committee by Saudi Arabia’s H.R.H. Prince Nawaf Bin Faisal Bin Fahd Bin Abdulaziz, President of UANOC.

Qatar’s Nasser Khalifa Al Attiyah, Vice President of the FIM, and Mahir Badri, CEO of the ATCUAE, are among the members of a newly-appointed ten-man provisional committee which met for the first time in Riyadh on Sunday to plan the way forward.

Among its initial recommendations was that membership of the AMF, which is to be funded by UANOC and headquartered in Riyadh, will in future be restricted to motor cycle bodies officially recognised by the FIM.

This will be high on the agenda for the next meeting, to be scheduled in due course, when a new AMF statute will be rubber stamped and the new executive committee formally elected. Mohammed Ben Sulayem: “The sport can only move forward if events are run in compliance with FIM regulations.”

“This is a very important step for motor cycle racing in the Arab world, and we are all indebted to Prince Nawaf for his action to eliminate the problems that the sport had been experiencing,” said Sulayem.

“The sport can only move forward if events are run in compliance with FIM regulations which guarantee the highest standard of competitive racing and ensure the safety of competitors, spectators, and all others involved.”

Chairing Sunday’s meeting in Riyadh, Engineer Mishaal Bin Fahd Al Sudairi, Vice President of the Asian Motorcycle Union, said the reforms instigated by Prince Nawaf were in response to “many irregularities and abuses” by the former executive committee.

Sulayem said: “We are now making a clean break with the past and have a new platform to build on to ensure motor cycling in the region goes from strength to strength.”

I stopped watching cartoons when I was a child