UAE: National motorsports back on track this weekend at Dubai Autodrome 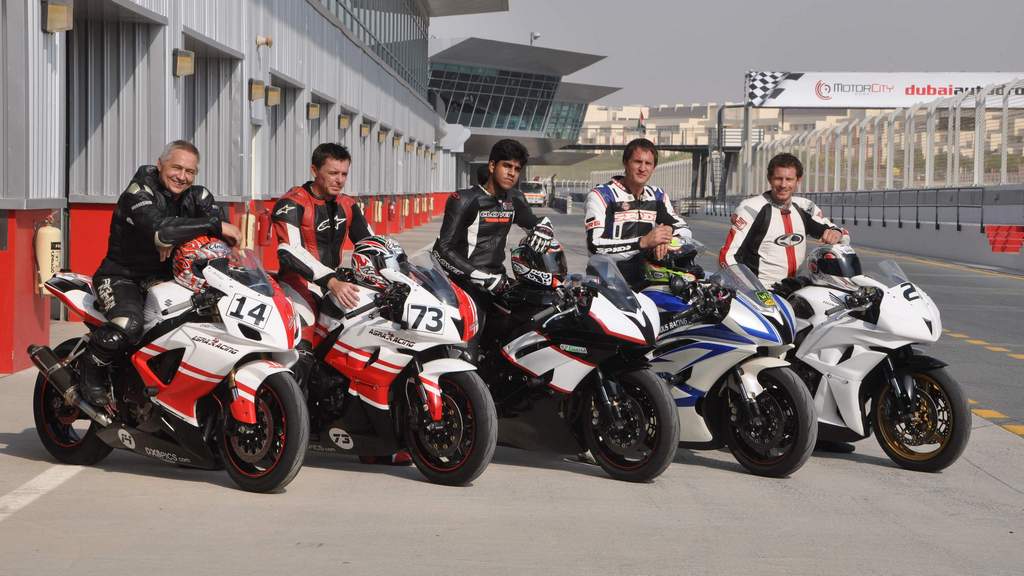 5 October 2011- After a six months break, it is back to business for local motorsport as the 2011/2012 racing season gets underway at Dubai Autodrome this Friday featuring: Total UAE Touring Cars, UAE Sportbikes, Radical Cup and the inaugural round of the Formula Gulf 1000 (FG1000) on the Club configuration of the circuit.

The premier touring cars series in the region has grown from strength to strength over the years, but this year is set to be one of the most competitive in recent history of the category.

Class 1 sees the return of two former UAE champions with Mohammed Al Owais doing battle in the Lap57 Racing Team Seat and Fujairah based Costas Papantonis at the wheel of the Gulf Petrochem backed Mouhritsa Racing Seat – both formidable competitors capable of winning every time out.

Others to watch in the Seat camp are privateer Nader Zuhour and Ramzi Moutran in the Duel Racing entry.

Boasting British Touring Car Championship (BTCC) pedigree the Phoenix Motorsport Vauxhaul Astra’s look set to take the battle to the Seat brigade who have dominated tin-top racing in the UAE for the past few years, with Martin Johnson and Brian McGinley spearheading the team’s double pronged attack on the title. Also in the Class 1 mix will be Simon Dennis in the VW Golf GTi.

Close racing is guaranteed in Class 2 where defending champion Umair Khan in the Lap57 Racing Team Honda faces a host of top drivers out to dethrone him, including former champion Spencer Vanderpal and the usual Honda suspects Rupesh Channake in the other Lap57 Honda and Aslam Moola in the Emirates racing Team Honda.

Out to spoil the Honda party will be a trio of Renault Clio Cup drivers with reigning Class 1 champion Khalid Bin Hadher shedding horsepower and moving to Class 2 taking the battle to the Japanese built cars, along with Duel Racing’s Sami Moutran and Alexandros Annivas in the Gulf Petrochem backed Mouhritsa Racing. All three will also be competing for the inaugural – race within a race – Clio Cup.

Others to watch in Class 2 include Jonathan Mullan in the GNSS Racing Honda and Mohammed Bin Ghanem in the Emirates Racing Honda.

The two wheel brigade is going through something of a revolution this year, with hardly any dealer support the series is a full blown contest between self funded privateers with both reigning champions Jason Burnside (600 Class) and Abdulaziz Binladin (1000 Class) not down to race in the season opener.

For those who will be in action, there is extra incentive of battling for the coveted UAE title whose past champions are an impressive bunch, including: Arushen Moodley, Juzar Motiwala, Pascal Grosjean, Hussain Al Kooheji and Rod Scott.

Pre-season form suggests that in the 600 Class the likes of Mahmoud Tannir, Joe Oxley and Alan Boyter will set the early pace and slug it out for top honours. However there are a number of wildcards in the mix who could surprise on the day.

The biggest factor in this year’s championship is the influx of newcomers to the series and thus, for those who have never raced before, there will be the Rookie Cup to aspire to with several riders in the hunt.

The 1000 Class is feeling the brunt of the economic times and only two will line up with Gernot Dobida on a Honda and Abdullah Al Sager on a BMW.

One of the most anticipated series of the 2011/2012 season is the new look Radical Cup which has been revised and revitalized to offer affordable mini-enduro racing in Le Mans style prototypes – fast, safe, reliable, purpose built race cars.

Perhaps inspired by the success of former Radical driver Humaid Al Masaood in the American Le Mans Series (ALMS) a big field is expected for on opening day of the season.

The man to beat over the past few seasons has been Jordan Grogor and again this year he will be out to add another title to his collection, this year in the SR8 Class.

He faces a concerted challenge from the likes of vastly experienced and super-quick combination of Rob Barff and Leon Price, with Italian ace Marco Centinni set to make his debut this weekend.

In this year’s edition of the Radical Cup teams have the option of running a single driver or two drivers, with mandatory pit stops during each of the two 45 minute races.

As the series attracts a mix of professional drivers and ‘gentleman’ drivers, they will be graded accordingly – in bronze, silver and gold categories – which will be used for equalization purposes to ensure close racing.

A brand new series, the first for single-seaters in the UAE and the first aimed specifically as a stepping stone out of karting for young drivers.

The inaugural race has attracted an impressive line-up of youngsters including two Emirati hopefuls Mohamed Al Mutawaa and Mohammed Al Dhaheri who both have emerged through the local karting scene, with Al Mutawaa a graduate of the Dubai Autodrome managed HSBC Racing Academy.

They will be challenged by reigning UAE GT Class C Champion Joe Ghanem with drivers from the region filling the other seats.

Series principal Barry Hope said at the recent Media day, “Most of the series now firmly established in the UAE started with half a dozen entries and grew to the current sizes. We expect the same with FG1000 – initially the fields will be small but will grow accordingly.”

There will be two races for each category during the course of the day.

Entry to Dubai Autodrome throughout the day is free with access to the grandstand and paddock for race fans wishing to get close to the action and competitors.

Below is the provisional schedule: