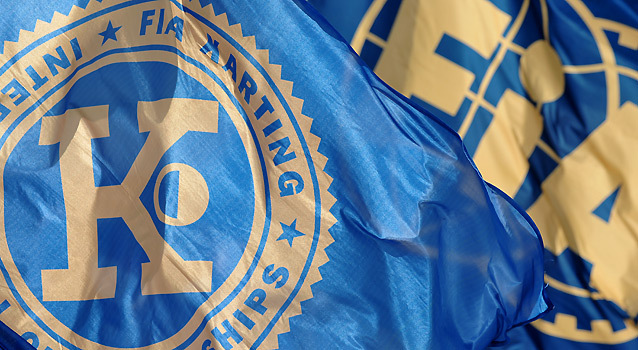 themselves to participating therein and, with their agreement, the Super KF category will be replaced by a new KF1 category using homologated KF2 engines and with free chassis, brakes and tyres.

Because of its ever more international extension – no longer just confined to certain European countries, a World Cup will be dedicated to the KZ2 category as from 2011. Both 125 cc gearbox categories will benefit by a European Championship henceforth concentrated in one single event and a World Cup.

The eligibility criteria for the different CIK-FIA World Cups (in KF2, KF3, KZ1 and KZ2) have been changed with the aim of extending participation to new countries and of strengthening the Organisers. In order to enter, the Drivers shall prove that they have participated in the 12 preceding months either in a CIK-FIA Championship event, or in a minimum of 3 national events in their original country, or in 3 Zone events in the CIK-FIA category corresponding to that of the World Cup concerned. The latter measure is aimed at reinforcing the development of the CIK-FIA categories via national or Zone competitions.

The European KF2 and KF3 Championships will continue to be held in two stages since their grand final will be preceded by regional selections. The 3 regional qualifying events (Northern, Western and Central) are replaced by two Trophies (Northern and Southern). Participation will no longer be open only to European Drivers but also to Drivers from all continents.

The maximum number of participants in the CIK-FIA Karting Trophy Academy has been increased from 34 to 51 from 2011, while maintaining the principle of granting one kart per nation for Drivers selected by their respective ASNs. Out of the 51 available karts placed on a free basis at the disposal of the participants one kart will be reserved for a lady Driver selected by the “Women & Motorsport” Commission of the FIA.

Technical Regulations To avoid finding especially manufactured spark plugs or the sometimes very costly transformation of standard spark plugs aimed at increasing performance or at twisting the regulation concerning the minimum volume of the combustion chamber, a specific article and appendix describing the characteristics of ignition spark plugs has been added to the Technical Regulations.

Technical and Homologation Recommendations for the bodywork of Minikarts

To meet the demand of several ASNs and with a view to reinforcing safety and to harmonising national regulations, the CIK-FIA and the Karting Research Group of the FIA Institute for Safety have drawn up Technical Recommendations regarding bodywork for the non-constraining use of ASNs in their national categories for children and youths. The whole required methodology (technical description, mounting, crash-tests, etc.) is inspired by the Technical and Homologation Regulations already existing for bodywork homologated by the CIK-FIA for categories with an international vocation.

2011 CIK-FIA Calendar   The 2011 calendar of the CIK-FIA Championships, Cups and Trophies has been voted as follows: