Season final at Dubai Autodrome – UAE Championships up for grabs 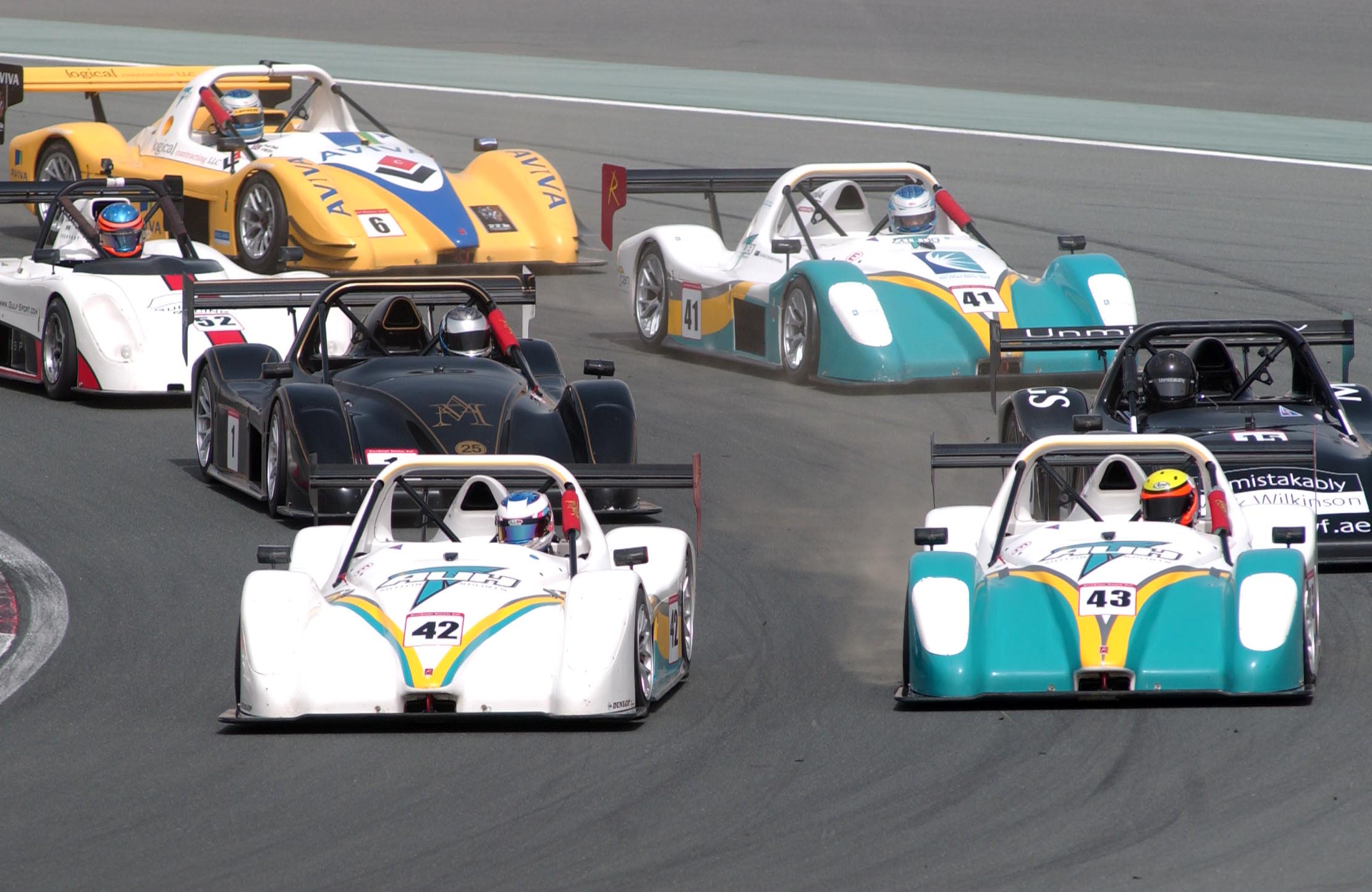 At the end of the day the UAE will have a host of new motor racing champions to add to the list of already crowned 2009/2010 champions.

Cytech UAE Touring Car Championship: It’s down to the wire

Going into the final round of the Cytech UAE Touring Car Championship the tension is high as three drivers have a chance of overall honours while both Class 1 and Class 2 titles have yet to be settled. Jonathan Simmonds (DXB Racing SEAT) will be on a high after a strong weekend at Yas Marina saw him take a second place and a win, while his main rival for both titles Khaled Al Mutawaa (House of Portier SEAT) could only manage two third places. This title battle looks set to go to the very last lap of the last race of the season.

On the day this championship leading duo will also have to fend off the attentions of Nader Zuhour (SEAT) and the return of Mohammed Al Owais in Khaled Bin Hadher’s SEAT who are both capable of, and no doubt intent on, being a spanner in the works.

Lap 57’s Umair Khan has all but wrapped up top honours in Class 2 of the Cytech UAE Touring Car Championship in his Honda and will no doubt be out to cause the upset of the season by snatching the overall title to boot. For this to happen he needs two class wins and for his title rivals Al Mutawaa and Simmonds to slip up with DNFs.

Taking two wins in the ultra competitive Class 2 is no easy task and the rest of the Honda brigade including Lap 57 team mate Omran Al Owais, regular front runner and winner Aslam Moola and the a2b Garage pair of Jason O’Keefe and Spencer Vanderpal.

Although Rupesh Channake leads the Class 3 in his lone Lap 57 Honda, the class has become the playground of the Suzuki Swift Cup which has witnessed some close and exciting side-by-side racing since its inception into the touring cars races earlier this season. Former UAE champion Costas Papantonis has emerged as the man to beat. The series is aimed at providing cost effective racing to drivers who want to move through the ranks of the sport, while also taking on experienced drivers. A mix that has proven to be highly successful.

Karim Al Azhari notched up both the Class A and overall Total UAE GT Championship at the wheel of the immaculate TAM Auto Engineering prepared House of Portier Corvette but will nevertheless be the man to beat again on the final day of the season. Al Azhari will be going all out to end the season on a high and on the top step of the podium.

He faces a stern challenge from the likes of Andrew Donaldson in the Muehlner Motorsport run Cytech Porsche, the Khaled Al Qubaisi driven Abu Dhabi Falcons Porsche, Julian Griffin in the DXB Racing Dodge Viper and the Raed Hassan/ Nigel Moore combo in the Ginetta. There was nothing to separate the trio last time out in the UAE GT100 and they will also be wanting to end the season on a high and give Al Azhari a run for his money.

Paul Denby narrowly missed out on taking the overall championship battle to this weekend’s final round, but has clinched the 2009/2010 Total UAE GT Championship title for Class B. He will face up to impressive privateer Harris Irfan in a Porsche and Frederic Gaillard in the DXB Racing Mitsubishi, both capable of and determined to causing an upset on the day.

South African Champion Arushen Moodley, riding for Aprilia, has added the 1000 Class UAE Sportbikes Championship title to his impressive array of achievements and will again be the pace setter in the season finale. He has been beaten this year only by Kawasaki mounted Scott Smart who will be absent from the final day.

The excitement surrounding the battle for secondary honours, where Yamaha’s Hussein Al Kooheji and Saudi ace Abdulaziz Binladen on his Aprilia are separated on the championship table by a mere point, has fizzled out as Al Kooheji injured himself during the MotoGP support race in Qatar last week and is likely to be on the sidelines for the season finale. Binladin looks set to take the runner-up spot but it won’t be plain sailing as he will have to contend with the likes of Hennie Sauermann (Liberty Kawasaki) and Tony Jordan (Yamaha).

Also missing will be former champion Rod Scott who continues his recovery from the big accident he suffered in round 6 as is Adriano Fusillo who also was hospitalised on that day.

The 600 Class is pretty much decided with Pascal Grosjean (Yamaha) set to clinch it on the final race day. Although a DNF would will give Jussi Hoikka a chance of snatching the title from the Swiss rider. Other s to wacth will be Jason Burnside (Honda) and Omran Al Sayed (Liberty Kawasaki).

The final round of the GulfSport Radical Cup is about two team mates: Jordan Grogor and Christophe Hissette, the two AUH Motorsport drivers who have dominated this season. Hissette has made a remarkable comeback to challenge Grogor down to the final day after virtually being written off a few rounds ago.

Both drivers acknowledge that their approaches to the final race day vary vastly. Grogor said, “I am playing the championship game and thus going all out to not make mistakes and keep notching up the results.”

Hissette’s approach could not be more different, “I have nothing to lose, I am a few points behind in the Championship so for me it will be go for it all the way.”

There are many “ifs” and “buts” going into the final round. In the end all speculation will end when the un sets on the final day of the 2009/2010 season. A year that has been filled with drama, action packed racing, big grids and unforgettable moments that will go down into the history of UAE motorsport.

There are a number of titles up for grabs on the final day and as they say anything can happen in motor racing.

Entry is free to grandstand and paddock where there will be a host of family oriented entertainment, food and beverage stalls to make it an ideal day outing for families and children. Qualifying starts at 9am with the first race starting, after lunch, at 2pm.