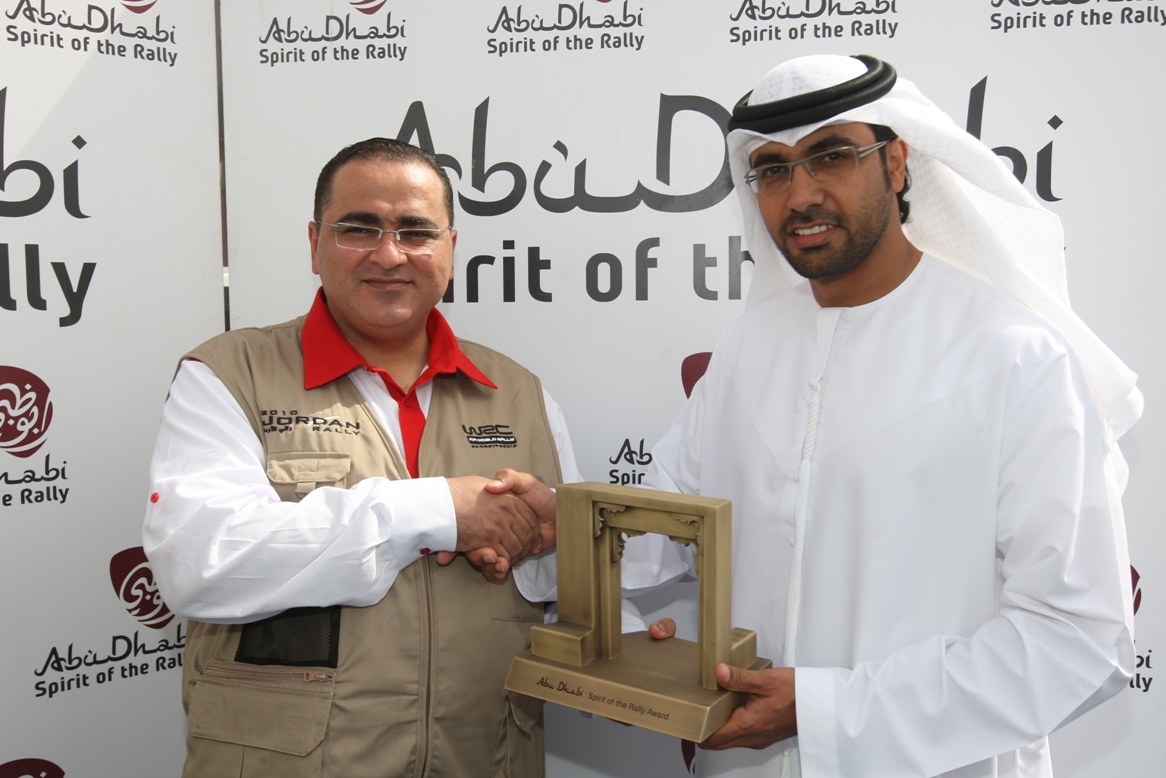 Jordan, 3 April; A staggering Jordanian national effort has been recognised with the Abu Dhabi Spirit of the Rally award after an intense rescue operation prevented the cancellation of Jordan Rally. The worst rains for 20 years hit Jordan in the weeks leading up to the event, causing severe damage and destroying parts of the stages. Only a huge reconstruction effort, involving a joint national endeavour between the army, Government and Amman Municipality and co-ordinated by the organising committee, has put the Kingdom back on track.

The monumental effort led to the salvation of the Service Park and most of the rally route, meaning that the teams, competitors and fans arrived in Jordan able to enjoy the high octane action.

“The storms left us with a mighty challenge but it has been taken head on,” said Khaled Zakaria, Clerk of the Course. “It has been an incredible team endeavour considering the damage that we faced.”

The Abu Dhabi Spirit of the Rally award, created by Abu Dhabi Tourism Authority (ADTA), is presented at each FIA World Rally Championship (WRC) round to mark an outstanding feat of leadership, integrity, respect or teamwork.

“The Jordanians displayed an unrivalled demonstration of teamwork and national spirit that we at ADTA feel proud to provide them with recognition for their hard work,” commented Saeed Al Dhaheri, Tourism Information Services Manager, ADTA. “The commitment that the organisation committee showed is an attribute that we hold in high regard in the Middle East, and the results have been evident by the running of this world class event.”

His Royal Highness Prince Feisal Al Hussein, Chairman of Jordan Motorsport nominated Deputy Mayor of Amman, Amer Basheer, to accept the award as a representative of the Greater Amman Municipality and for his own personal input.

“This award is a great recognition, not for me personally, but for the team that worked so hard and all the volunteers that helped make this event one of the most successful in the WRC,” said Basheer. “The Abu Dhabi Spirit of the Rally is a recognition for the team and the support of all that worked to make the rally happen.”