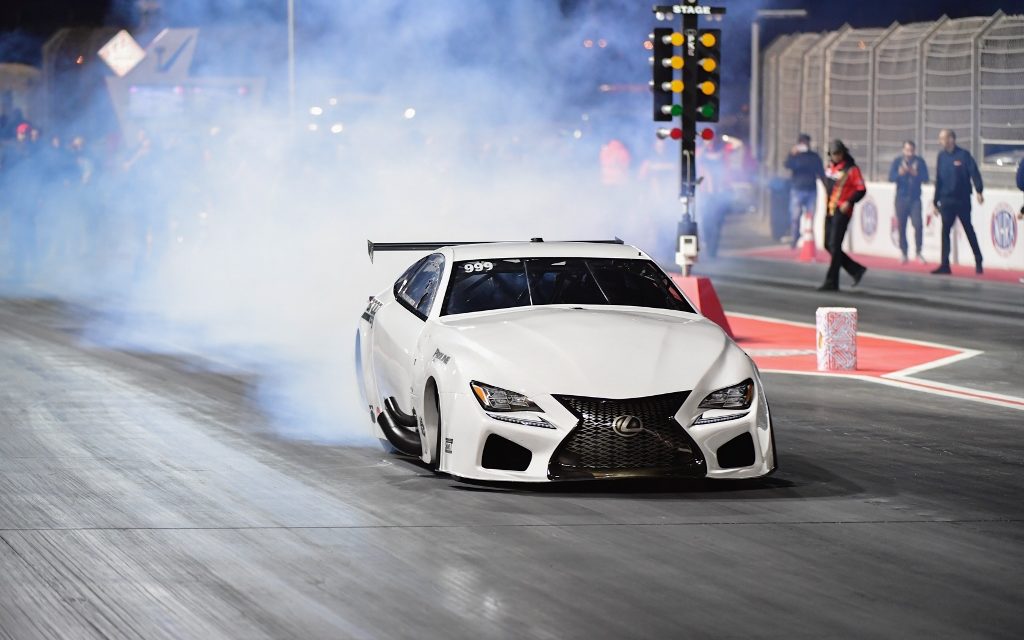 BIC, Sakhir – E Kanoo Racing set a pair of new World Records to headline an exciting fourth and penultimate round of the 2016/2017 Bahrain Drag Racing Championship-Arabian Pro Series, held over the weekend at Bahrain International Circuit (BIC) in Sakhir.

Another driver who exce1lled in the meeting was the legendary Steve Jackson of Bahrain1Racing. Popularly known as “Stevie Fast”, Jackson clinched his own fine triumph – second in a row and third of the season – in the highly competitive Pro Mod class.

The round attracted scores of drag racers from all over the world. They battled it out for points, pride and bragging rights along BIC’s world-class quarter-mile drag strip, which is a member of the National Hot Rod Association Worldwide Network.

Also taking place at BIC over the weekend was two nights of exhibition runs by the UK-based Jet Funny Car. It was a spectacular show on the strip, and the Jet Funny Car will be returning for a similar performance this coming weekend in the season’s fifth and final run.

In the Super Street V8 category, Mohammed made a brilliant pass of 3.984 seconds in the final against Kuwaiti Abdulla Al Shati at a speed of 322.58kph. While setting a new World Record, it was also the first-ever time for a car in this category to dip into the three second-mark. White defeated a valiant Yousif Al Zayani, who finished second in the class with a run of 7.039s in the final at 324.53kph.

In the Pro Mod category, Bahrain1Racing’s Jackson claimed a narrow win over teammate Khaled Al Belooshi of the UAE.

Jackson also shined in the previous round of the championship, winning the same class while setting a new World record at the time.

Salah Salahuddin was another big winner on the evening. The veteran Bahraini racer claimed the Street V8 category with a pass of 7.726s at 291.64kph in the final, defeating Kuwaiti Mohamed Sulyman who had marks of 7.602s at 286.56kph. In the Outlaw 10.5 category, Khaled Sayef was victorious. The Bahraini took first place in 4.957s, leaving Nabeel Al Isa behind him.

The championship now heads into the season’s final round this week at BIC. Action begins on Tuesday and Wednesday with Test and Tune, to be followed by Qualifying on Thursday and Race Day on Friday. There will be an end-of-season awards presentation on Saturday night at BIC.

To find out more about E K Kanoo Drag and Drift Night, sponsored by E K Kanoo, visit the circuit’s official website, www.bahraingp.com or call the BIC Hotline on +973-17-450000. Too easy without damage 😅😅