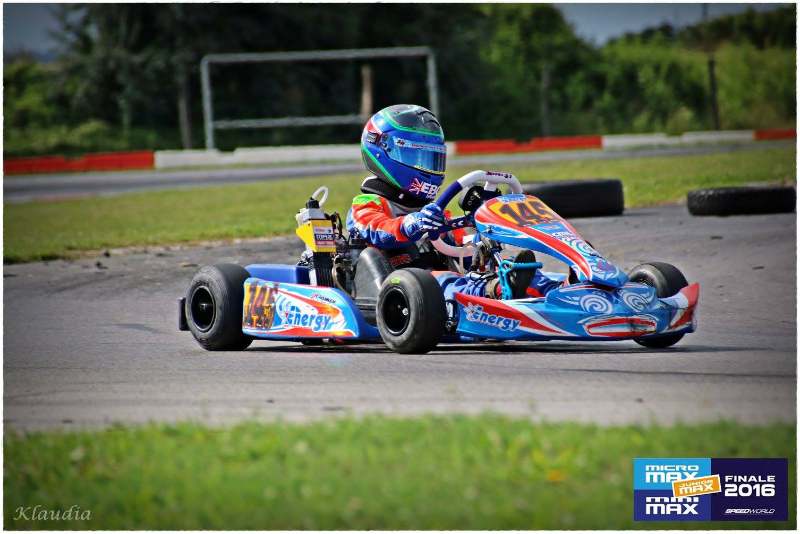 Harry Hannam steps up this year into kartings Rotax Series – Micro-Max class where we will see him competing in the National Championship here in the UAE as he enters into his rookie year of racing in a very competitive class of ‘lights to flag’ racing…
After finishing top of the Bambino championship for the last three years the 8 year old has been practicing in his new Micro-Max kart since his birthday in June and has already competed in his first ever International meeting at Speedworld in Austria for the Rotax Euro Finale. Supported this year by EBC Brakes Middle East we traveled to Austria to join his teammates in the Energy Racing Academy. Harry put in a fantastic performance finishing 19th in the Micro-Max final. His passion and determination for the sport evident for all to see.
Much faster than Bambinos at 20secs a lap quicker and now experiencing ‘first across the line racing format’ rather than the time-trial style Harry was used to in the Bambino Class, he was quoted saying to his Dad at the track “I’m just so happy”
We are looking forward to seeing this spirited driver at the first meeting of the UAE Rotax Max Challenge on September 30th at Al Ain Raceway.