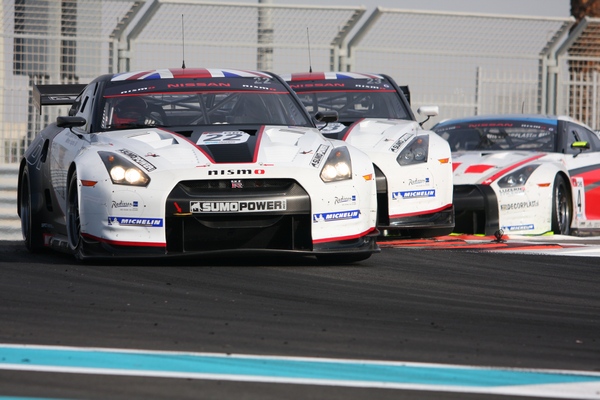 Aug 27th – Sumo Power GT is delighted to announce that Nigel Stepney has today been appointed Team Manager. The highly experienced race engineer takes over from Allen Orchard and will lead the team for the remaining five rounds in this year’s FIA GT1 World Championship. The move comes at the season’s mid-way point following Mr. Orchard’s resignation from Sumo Power GT’s holding company JRM-Group earlier this week. Executive Director and Team Principal James Rumsey said: “We are disappointed to lose Allen, but I understand his wish to further his career in other areas of motorsport. I would like to thank him for all the work he has done during his time with us and wish him every success for the future.”

“I am delighted that Nigel has accepted the position of Team Manager and see this as a significant step in the progression of Sumo Power GT. I am sure that with the experience he brings with him, we will be able to build on the considerable success the team has already achieved.”

Mr. Stepney takes over ahead of this weekend’s round six of the global GT Championship at Nürburgring in Germany. He has worked with NISMO (Nissan Motorsports International Co. Ltd.), the team’s partner in the GT1 project, since its specially constructed Nissan GT-Rs started racing in 2009. He then Joined Sumo Power GT when it acquired the cars in January this year.

A former F1 Chief Mechanic, working with drivers such as Ayton Senna and Michael Shumacher, Mr. Stepney possess a wealth of technical knowledge and hands-on experience at the highest level in the sport. Having accepted the offer to move from his previous role as Chief Engineer to Team Manager he said: “The GT programme has been a new challenge for me and I’m therefore delighted to be offered the Team Manager’s position. I look forward to continuing to develop the cars and the team as a whole and to build on the success we’ve already achieved in what is a relatively short space of time.”

The Sumo Power GT team now turns its attentions to this weekend’s two races at Nürburgring, where it hopes to get both its Nissan GT-Rs in high-points scoring positions and improve on its impressive third place in the teams’ championship standings.